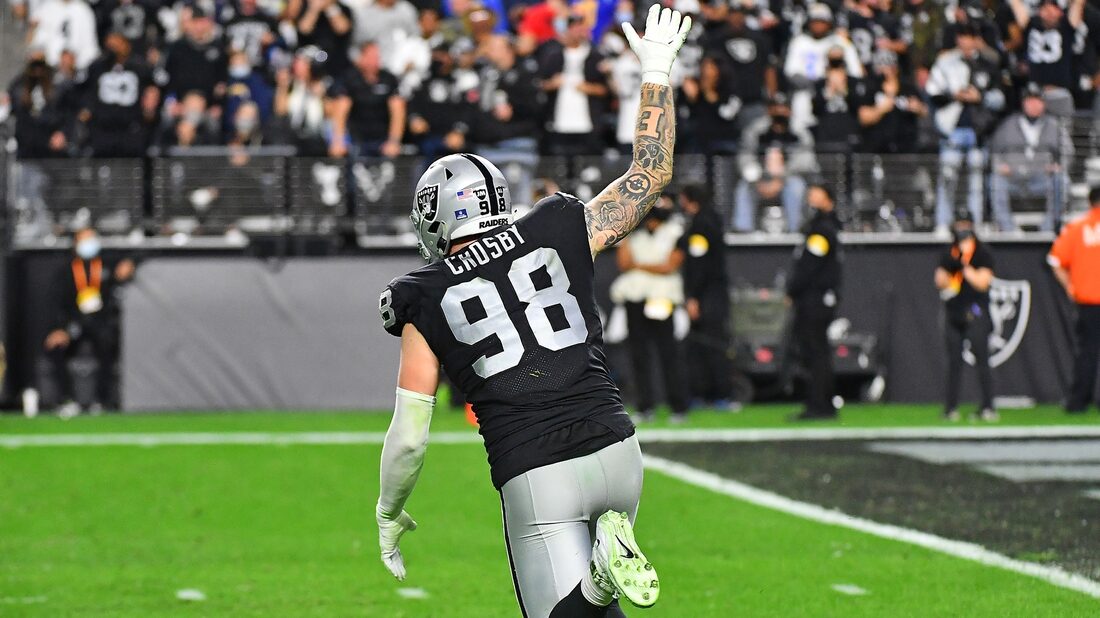 Crosby, 24, is guaranteed $53 million under terms of the extension, NFL Network reported, and will receive $95 million in new money over the lifetime of the deal.

He wears uniform #98 for the Raiders.

Crosby would have been in the final year of his contract in 2022. An All-Pro last season, Crosby has 25 career sacks, including eight last season.

“Maxx Crosby exemplifies the characteristics of a Raider,” Raiders coach Josh McDaniels in a statement. “His work ethic and leadership are unmatched and we’re thrilled that he will continue to be an important part of this organization for years to come. It’s an exciting day for Maxx and for the Raider Nation.”

In this article:Las Vegas Raiders