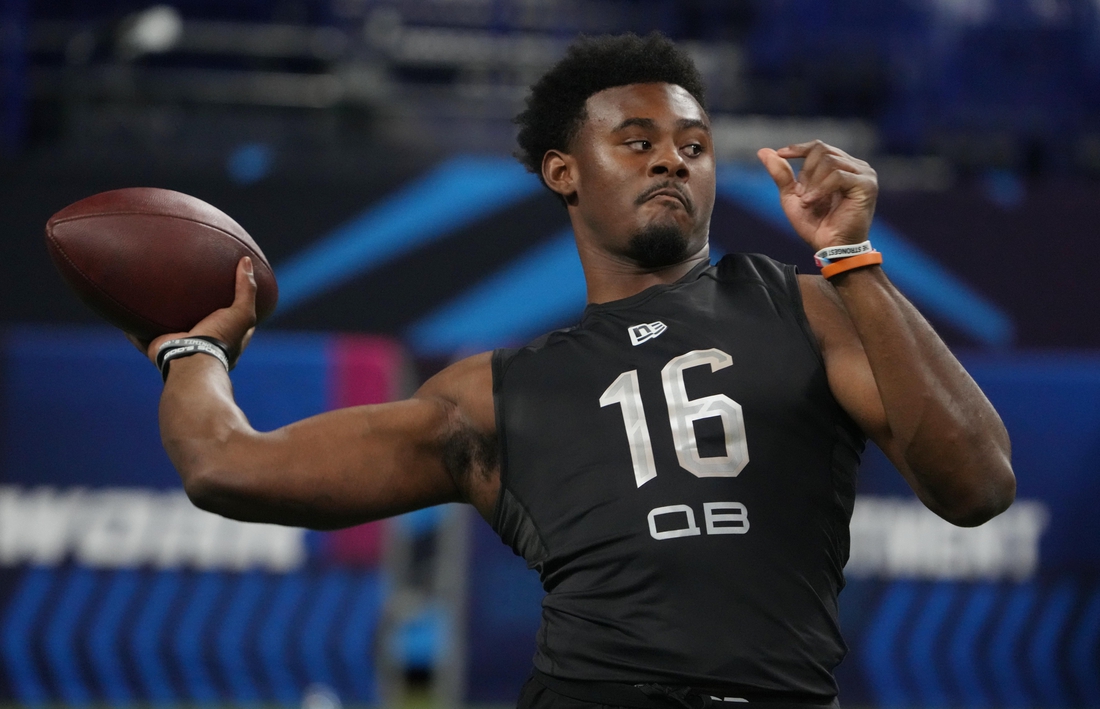 On a night when many anticipated an early run on quarterbacks, NFL teams instead turned to virtually every other position.

Teams that seemingly needed a young quarterback such as the Seattle Seahawks and Atlanta Falcons both passed twice on drafting a signal-caller in round two of the NFL draft Friday night.

That left QBs such as Liberty’s Malik Willis, Cincinnati’s Desmond Ridder, Ole Miss’ Matt Corral and North Carolina’s Sam Howell all waiting to hear their name called as the Las Vegas event moved into round three.

One of the most popular positions once again was wide receiver, as seven were picked in the second round after six wideouts were chosen in Thursday’s first round.

Only one quarterback was chosen in the first round — Pitt’s Kenny Pickett, by the Pittsburgh Steelers at #20.

The Tampa Bay Buccaneers began Round 2 by choosing Houston defensive end Logan Hall. The pick originally belonged to the Jacksonville Jaguars before they moved up six slots in a trade with Tampa Bay on Thursday evening, allowing Tampa Bay to kick off Thursday night’s action.

The Green Bay Packers then traded up to select Aaron Rodgers’ newest weapon, North Dakota State wideout Christian Watson. The Packers sent two second-round picks (Nos. 53 and 59) to the Minnesota Vikings to move up for Watson.

Two picks later, the New York Jets traded up with their crosstown rival Giants to choose Iowa State’s Breece Hall, the first running back off the board in the 2022 draft. Thursday marked the first time since 2014 that no running back was selected in the opening round.

Many expected Seattle to choose a quarterback with either the 40th or 41st pick with Russell Wilson now in Denver. However, the Seahawks opted to go with a pair of Big Ten standouts — Minnesota linebacker Boye Mafe and Michigan State running back Kenneth Walker III.