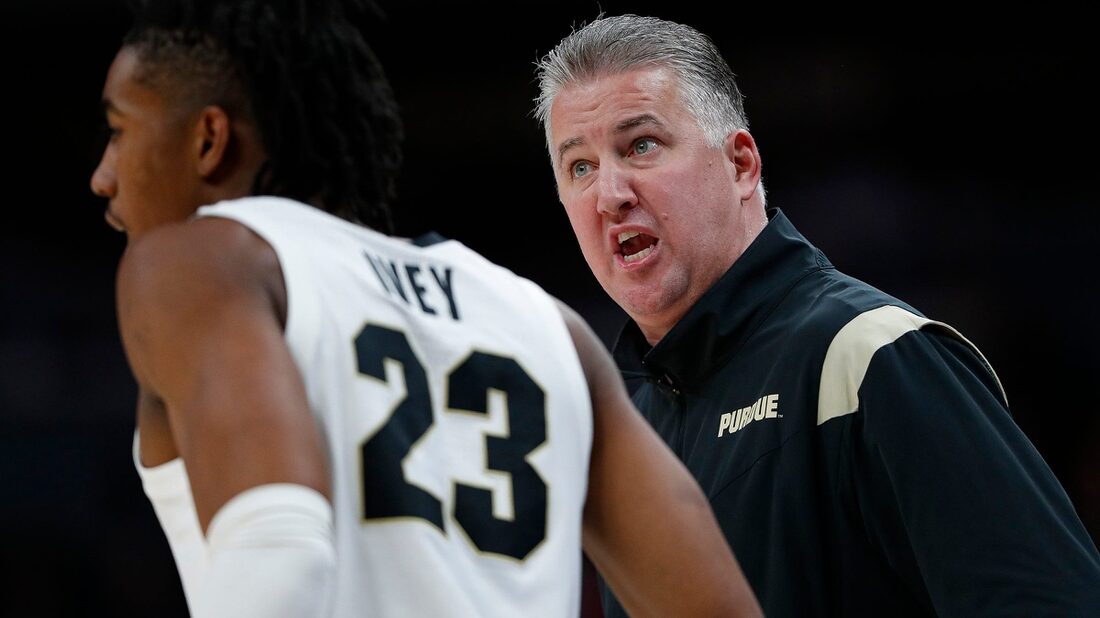 The voice of tournament experience loudly reminds third-seeded Purdue not to overlook #14 seed Yale in the first round of the East Regional on Friday in Milwaukee.

Purdue was a #4 seed last season in the NCAA Tournament when it was upset 78-69 in overtime in the opener by #13 seed North Texas. In 2016, the fifth-seeded Boilermakers lost in double overtime 85-83 in the first round to 12th-seeded Little Rock.

“A lot of times people look at when you get upset by somebody that you didn’t respect them and I thought both times we got beat by Little Rock and got beat by North Texas, I thought our players really respected them,” Purdue coach Matt Painter said. “That just wasn’t it, we just got beat. They played better than us.”

Purdue (27-7), ranked #1 in the country in early December, came up a game short in both the Big Ten regular season and the conference tournament. The Boilermakers lost to Iowa 75-66 in the tournament title game, and dropped two of their final three regular-season games to finish a game behind co-champs Illinois and Wisconsin.

Yale (19-11) earned its third NCAA bid in the past seven years with a 66-64 victory over top-seeded Princeton in the Ivy League tournament final. In 2016, the 12th-seeded Bulldogs topped #5 Baylor in the first round before losing to fourth-seeded Duke 71-64. As a #14 seed in 2019, Yale lost in the first round by five points to third-seeded LSU.

Despite Purdue’s recent history of first-round struggles, Yale is not among the top-10 double-digit seeds being backed as underdogs at BetRivers, where Purdue is a 16.0-point favorite.

Jaden Ivey leads the Boilermakers in scoring at 17.3 points per game. He is being offered at +2500 to win tournament Most Outstanding Player honors by BetMGM, where he is second with 11.8 percent of the bets and 17.1 percent of the handle. That makes him the book’s biggest liability in the market.

Purdue committed 17 turnovers against Iowa, leading to 14 points for the Hawkeyes.

The Bulldogs are led by fifth-year senior Azar Swain, who averages 19.2 points, and Jalen Gabbidon with 11.6. Swain, the Ivy League tourney MVP, scored 23 points and Bez Mbeng added 13 points and 11 rebounds in the win over Princeton.

The Bulldogs were supposed to be in the 2020 tournament, which was canceled. The Ivy League canceled its 2020-21 season.

“It’s always exciting to see your team’s name pop up on the screen,” Yale coach James Jones told the Yale News after the announcement. “It doesn’t really matter who the other team is.”

Jones, who is Yale’s all-time winningest coach with 352 victories in his 23 seasons, also coached Purdue’s Ivey and Caleb Furst last summer as an assistant with the U.S. Under-19 team that won the World Cup.

Yale was 6-8 in a rugged non-conference schedule, including an 80-44 early-season loss at Seton Hall, and an 86-64 loss at Auburn.

“I know Coach Jones and he’s an excellent coach,” Painter said. “We were watching them — obviously I was writing on the board before this game and that game was on, so I was watching them that last three minutes of the game and they have a good team, man. Everybody earns their way in this one.”

The winner of Purdue-Yale will face the winner of sixth-seeded Texas and #11 seed Virginia Tech on Sunday.