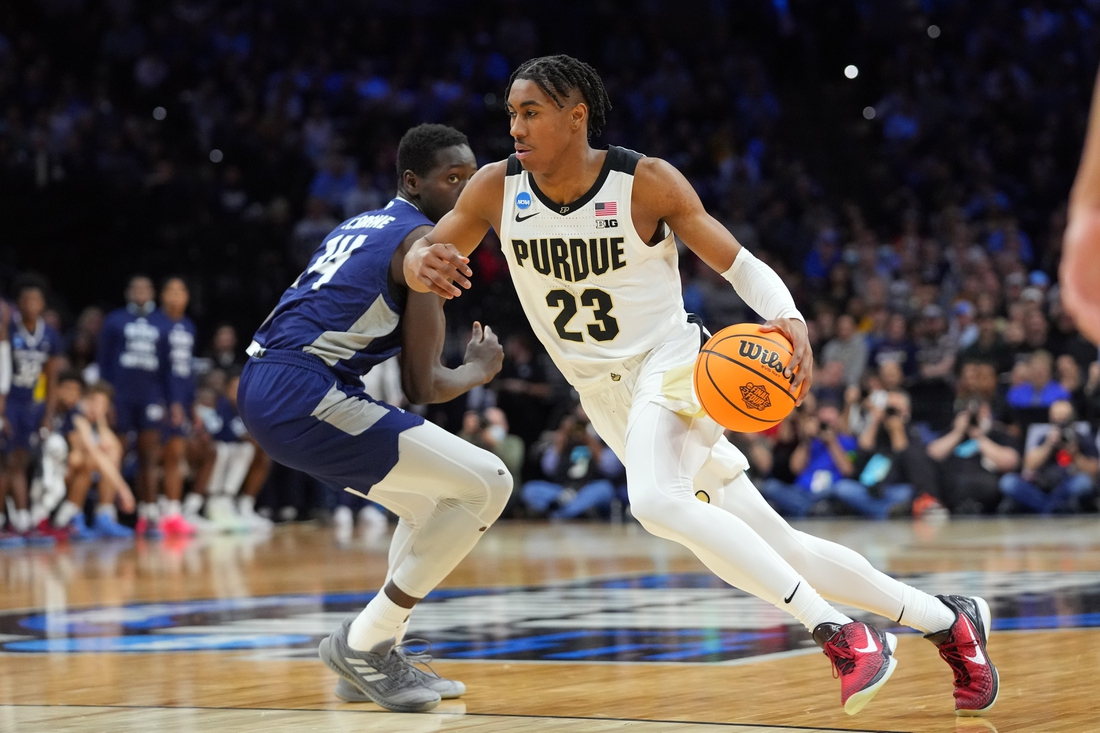 Ivey didn’t clarify whether he would retain his eligibility. However, Ivey is expected to be a sure-fire lottery pick.

In fact, NBADraft.Net currently lists Ivey as the #1 overall pick in its latest mock draft.

The 6-foot-4 Ivey earned second team All-America honors this season, averaging 17.3 points, 4.9 rebounds and 3.1 assists per game for Purdue. He also is one of five finalists for the Wooden Award.

“I will be entering my name in the 2022 NBA Draft,” Ivey posted to Twitter, in part. “This has been a lifelong dream of mine and I am beyond excited for this journey.”

Ivey led Purdue to a 29-8 record and a spot in the Sweet 16 of the NCAA Tournament.