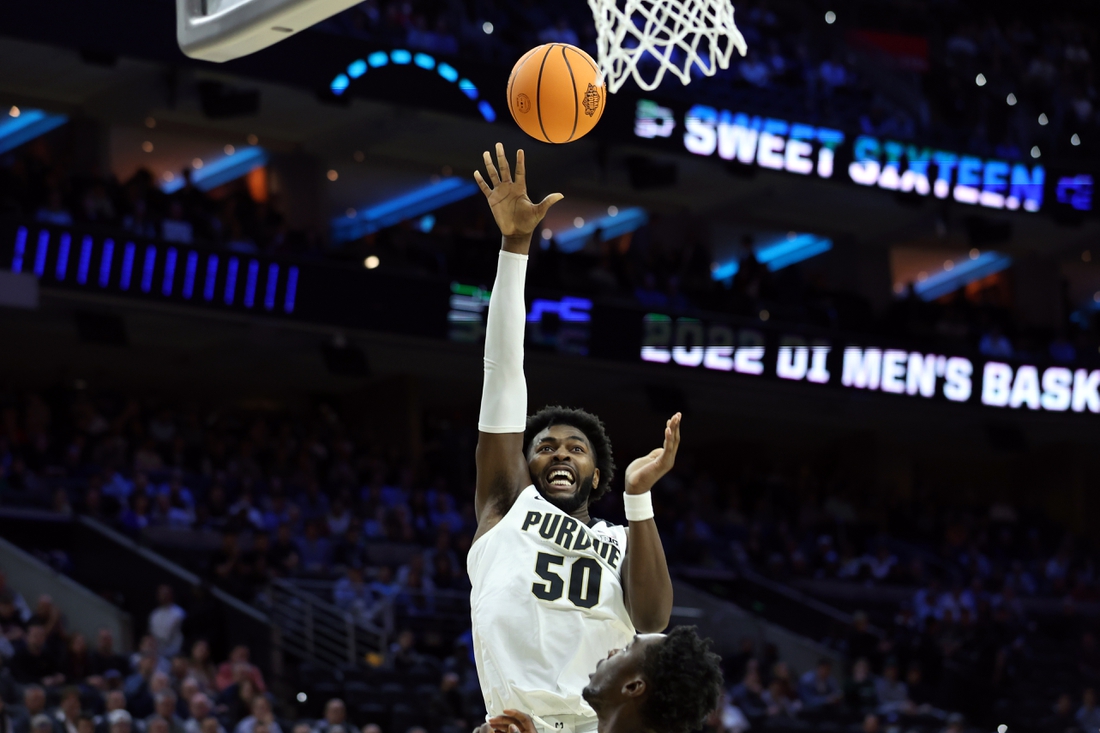 Williams said in a social media post that he planned to sign with an agent, a move which would prevent him from having the option of returning for one more season.

Williams is the second Purdue player this week to declare for the draft. Possible #1 overall pick Jaden Ivey also announced he’s leaving the Boilermakers for the NBA.

The 6-foot-10 Williams averaged 12.0 points, 7.4 rebounds and 3.0 assists in 37 games (four starts) this season while being utilized as the team’s sixth man.

According to Purdue, Williams is the only player in school history with at least 1,400 points, 900 rebounds and 200 assists.

“When I started this journey at Purdue, there was no way to envision what my time here would become,” Williams said in his announcement. “It’s been filled with many more highs than lows, and I wouldn’t trade one second of this journey for anything. My brothers and I have accomplished a lot, and I hope that we leave this program in better shape than when we arrived.”

According to reports, Williams is currently considered a mid-to-late second-round pick.