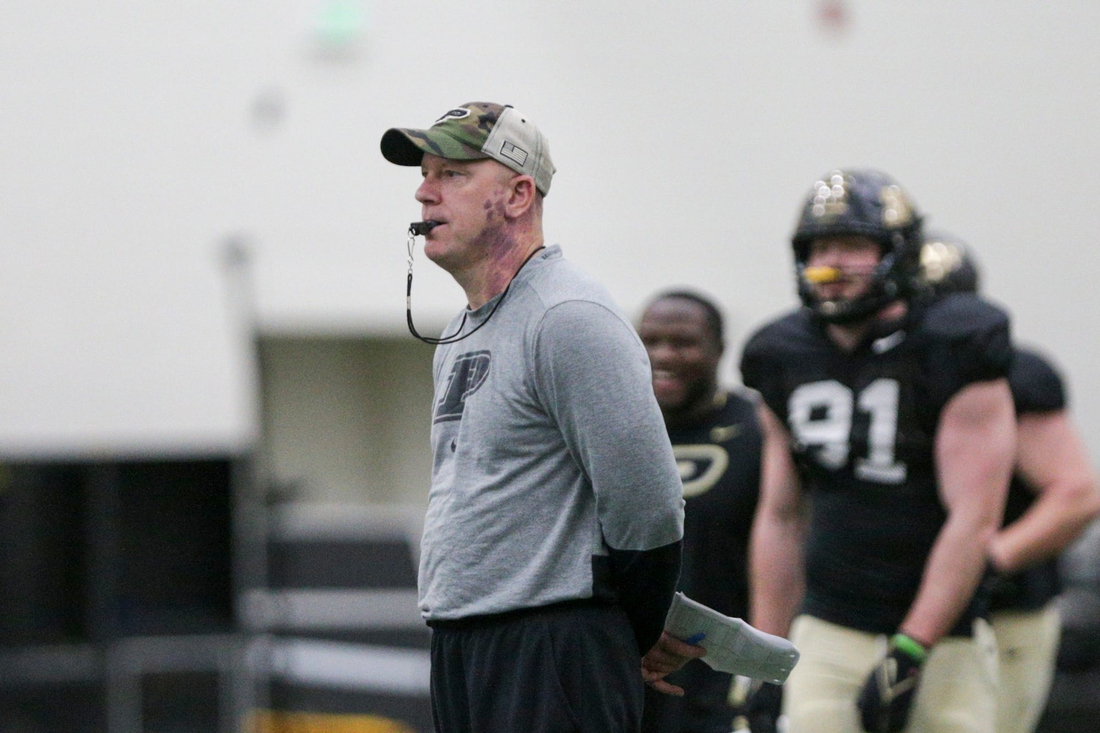 Purdue football coach Jeff Brohm has agreed to a two-year contract extension through the 2027 season.

The extension comes after Brohm guided the Boilermakers to a 9-4 record last season. Purdue recorded two top-five upsets by beating then-#2 Iowa in mid-October and then-#3 Michigan State in early November.

Financial terms weren’t revealed but the Journal & Courier reported Brohm will earn $5.1 million in guaranteed compensation in 2022 via his base salary, supplemental stipend and a $600,000 retention bonus if he remains the coach on Dec. 31.

“We are excited about the progress we have made over the past five years,” Brohm said in a news release. “We look forward to continuing to build our program into the future. I would like to thank our administration and fans for their support and our players and staff for their hard work and dedication. It is an honor to be the head football coach at Purdue.”

Brohm is 28-29 through five seasons at Purdue. Last season marked his second winning campaign at the school.

The university also announced a $45.4 million renovation of Ross-Ade Stadium on the Purdue campus in West Lafayette, Ind. The initial phase will include construction of the team entrance tunnel and the conversion of the present team store into a student-athlete dining facility.

“These renovations will make a huge difference for our student-athletes and enhance the overall fan experience at Ross-Ade,” Brohm said. “This project will have a positive impact on our program for years to come.”

Purdue opens the 2022 season at home against Penn State on Sept. 1.