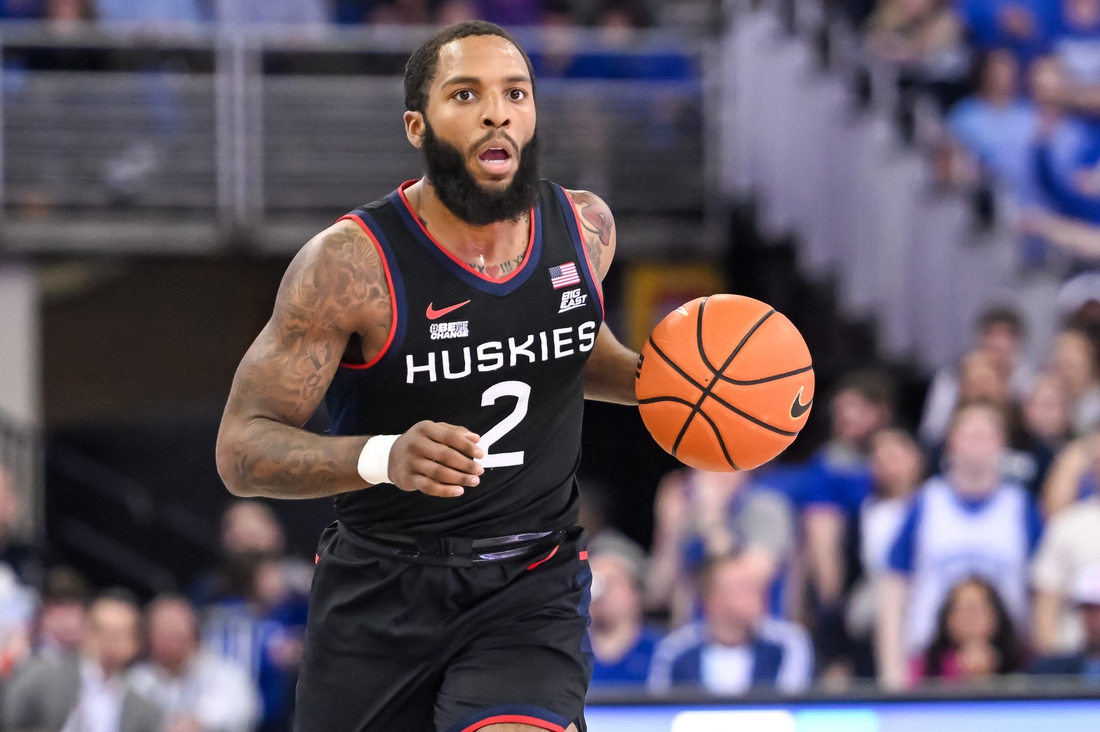 Despite a disappointing exit from the Big East Conference tournament, UConn enters the NCAA Tournament in relatively good shape.

The fifth-seeded Huskies have won seven of their past nine games heading into a first-round matchup against New Mexico State on Thursday evening in Buffalo.

UConn (23-9) has to be wary of NMSU, which has been the heaviest-backed double-digit seed at BetRivers with 87 percent of the spread handle as a 6.5-point underdog.

UConn (23-9) is in the tournament for the second consecutive season, the first time the program has made it in back-to-back years since winning the national title in 2011 and then falling in the second round in 2012.

The Huskies lost 63-54 to Maryland in the first round last season and will look for their first tournament win since 2016.

The duo of R.J. Cole and Adama Sanogo figures to be vital to any success the Huskies have in the tournament.

During the Huskies’ late-season run, even the two losses were very competitive. UConn’s only blemishes over the last month were a 64-62 loss at Creighton on March 2 and a 63-60 defeat to Villanova in the Big East semifinals on Friday.

UConn coach Dan Hurley is breathing a sigh of relief over playing an opponent from outside the Huskies’ conference.

“It’ll be nice to play a regular game because a Big East game is not a regular game, and we ended up playing 21 of them,” Hurley said.

New Mexico State (26-6), seeded 12th, advanced to the NCAA Tournament thanks to winning the Western Athletic Conference tournament Saturday with a 66-52 victory over Abilene Christian. The Aggies also tied with Seattle for the WAC regular-season championship but earned the top seed for the league tournament due to their two wins over the Redhawks.

“They’re a team that plays a lot like us, New Mexico State,” Hurley said. “You know — athletic, aggressive, attacking team.”

Teddy Allen has been the Aggies’ standout player all season with team-leading averages of 19.3 points and 6.8 rebounds per game, but it was Clayton Henry who stepped up with a team-high 15 points in the conference championship game.

New Mexico State is making its 10th NCAA Tournament appearance since 2007 but has lost its past three first-round games. The Aggies won games in the 1992 and 1993 NCAA Tournaments, but those results later were vacated due to NCAA violations.

New Mexico State coach Chris Jans said of the challenge of facing the Huskies, “Their quality of competition prepares them to play anybody in the NCAA Tournament. It’s not like they’re going to be shaking in their boots when they see New Mexico State and they watch us on film compared to the teams that they’ve been playing all year long.

“It’s going to be a challenge. We’ve got a lot of work to do before Thursday. … I’m confident that we’re going to compete and play hard. It’s just we don’t play these types of teams that often.”

Thursday’s game will be the first meeting between the two programs. The winner will play again on Saturday at Buffalo against either #4 seed Arkansas (25-8) or #13 Vermont (28-5).