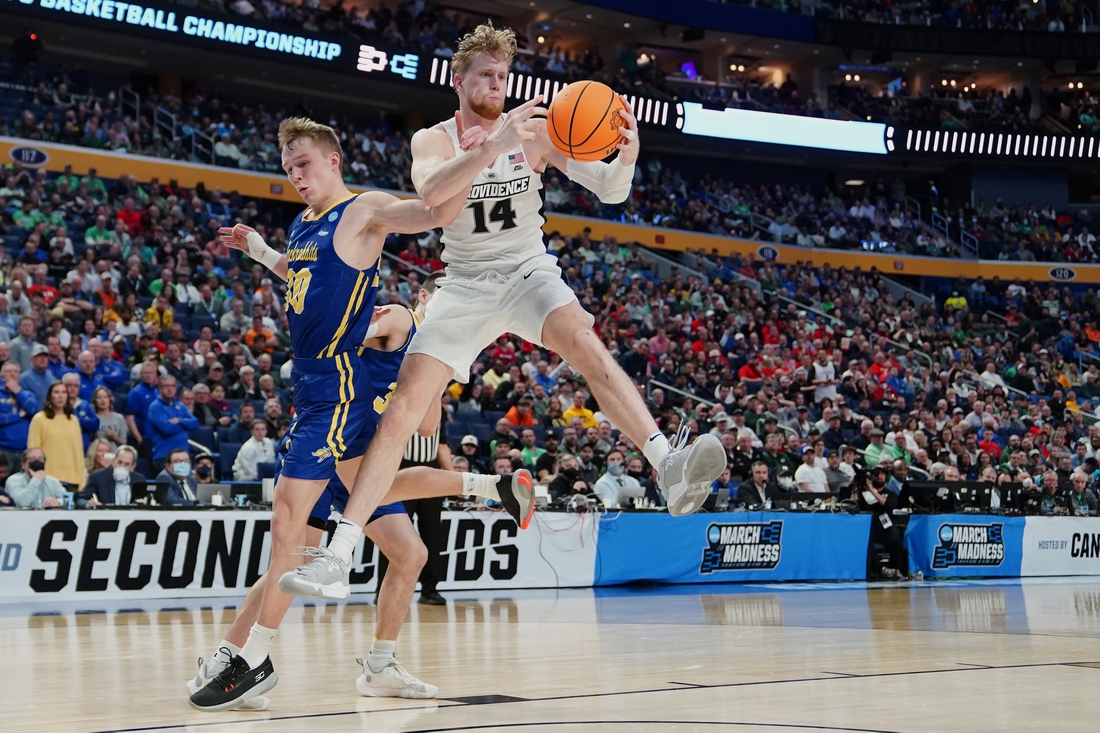 Fourth-seeded Providence felt it had something to prove in the first round of the NCAA Tournament against #13 South Dakota State.

The Friars (26-5) beat the Jackrabbits and silenced some of their critics, but a win over 12th-seeded Richmond (24-12) on Saturday evening in the second round in Buffalo would be much more important.

A victory would give the Friars a spot in the Midwest Regional semifinals March 25 in Chicago. Providence hasn’t advanced past the first weekend of the NCAAs since reaching the Elite Eight under coach Pete Gillen in 1997.

Despite Providence’s gaudy record, the quality of the Friars’ Big East regular-season title has been questioned for good reason. The Friars had three games canceled because of a COVID pause in January and won the title despite playing three fewer conference games than a Villanova team that swept them during the regular season.

All three of those unplayed games would have been against NCAA Tournament teams.

“We knew everyone thought there was going to be an upset (by South Dakota State),” said Noah Horchler, who averages 9.7 points and 8.3 rebounds for the Friars. “And that kind of fueled the fire behind us, and we came out and showed we were determined to win.”

Then again, one could say the Friars again are fortunate to avoid a potentially tougher opponent after Richmond led for the last 14 minutes in its 67-63 upset Thursday of fifth-seeded Iowa (26-10), which won the Big Ten tournament on Sunday.

“In order to advance in these tournaments, there has to be some luck,” Providence coach Ed Cooley said before his team’s second-round matchup was determined. “I think we’re crazy if we don’t think that, and our players are kind of driving off of it.”

Richmond did much the same thing against Iowa, limiting the Hawkeyes to 63 points and 6-for-29 (20.7 percent) shooting from beyond the arc.

Richmond earned its way into the NCAA Tournament by winning the Atlantic-10 tournament and an automatic bid before capturing its first NCAA victory since the 2010-11 team beat Vanderbilt and Morehead State to reach the Sweet 16.

Jacob Gilyard, who averages 13.6 points and 5.4 assists, keyed the win over Iowa with 24 points and six assists in 40 minutes.

“It’s tough to try and guard us,” Gilyard said. “We’re a fairly confident group, and I think last weekend showed that, and I don’t think anybody doesn’t believe in each other.”

Providence sixth man Jared Bynum scored 12 points in 25 minutes Thursday and could be a momentum-changer.

Friars 6-foot-10 center Nate Watson, who averages a team-high 13.6 points per game, has been held to single digits in three of his last four games, but he could pose problems for the smaller Spiders.