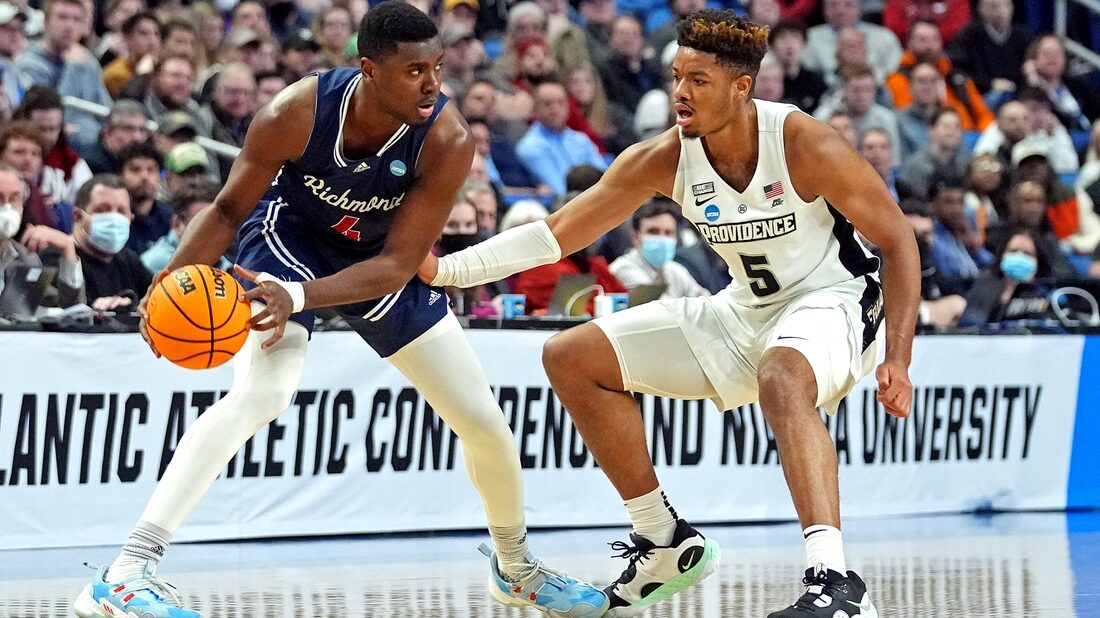 Nate Watson and Jared Bynum each scored 10 points for Providence (27-5), which advanced to the Sweet 16 for the first time since 1997. The Friars will play top-seeded Kansas in a Midwest Regional semifinal in Chicago on Friday.

“I’m speechless. (I’m) very happy for our players, very happy for our program, so excited about our state and our city. … That’s the best we’ve played all year,” Providence coach Ed Cooley said on the TV broadcast. “Our guys have had a chip on their shoulder because the narrative was, their luck will run out.

“I can’t wait to get to Chicago. We’ve got a tough opponent (Kansas), but we’re going to enjoy this moment.”

Horchler scored 16 points, shooting 4-for-6 from 3-point range, and also grabbed 14 rebounds. Bynum had six assists and Reeves had five.

Nathan Cayo scored 18 points for the Spiders (24-13). Grant Golden scored 10 points but Jacob Gilyard was limited to four points on 2-for-10 shooting two days after recording 24 points in the upset victory over Iowa. He also was assessed a technical foul in the second half.

The Spiders earned an automatic bid by winning the Atlantic-10 tournament and were trying to reach the NCAA regional semifinals for the first time since 2011.

The Friars opened the second half with a basket by Watson in the paint and a 3-pointer by Durham to extend their lead to 44-24. The Spiders never challenged, with the Friars’ lead eventually growing to 30.

Providence dominated the first half with 15-for-30 shooting, including 8-for-15 (53.3 percent) from beyond the arc. That was well above the Friars’ season average of 34.3 percent from long distance entering the contest. Providence finished 12-for-22 from deep.

Providence started quickly, with a 7-0 run capped by Durham’s 3-pointer. Richmond was able to cut its deficit to 10-6 on two foul shots by Matt Grace with 15:21 to go in the half, but Providence answered with an 11-2 run that was fueled by eight points from Horchler.

The lead continued to grow, with Justin Minaya’s trey giving Providence a 30-14 advantage with 9:17 left in the half.