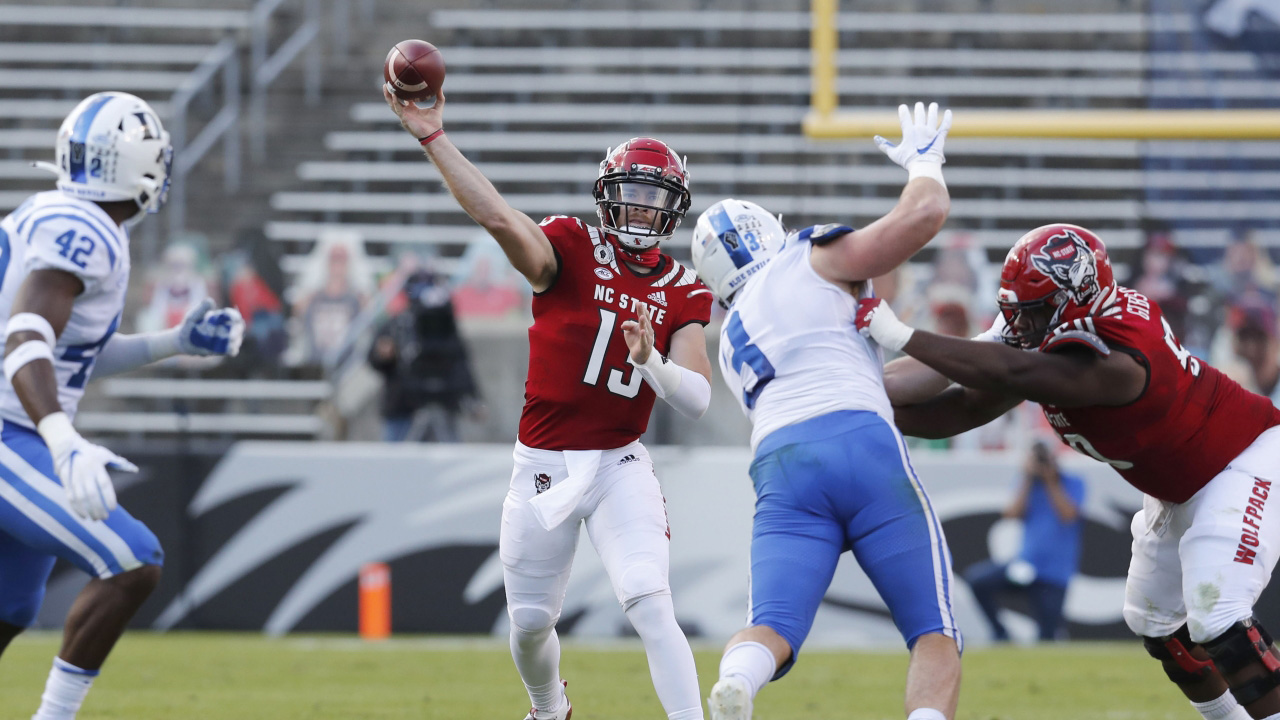 James Henderson of Inside Pack Sports joins the show to preview NC State’s 2021 season and look at the Wolf Pack’s opener against USF.

Henderson explains why there is an optimism around NC State heading into the season, especially with the return of quarterback Devin Leary, a former Elite 11 quarterback and 4-star recruit.

Henderson says Leary has the arm talent to “unlock” an offense.

He also offers his thoughts on why he believes home teams will have an advantage – especially early – in college football this season.

Wolf Pack fans need to check out Inside Pack Sports.