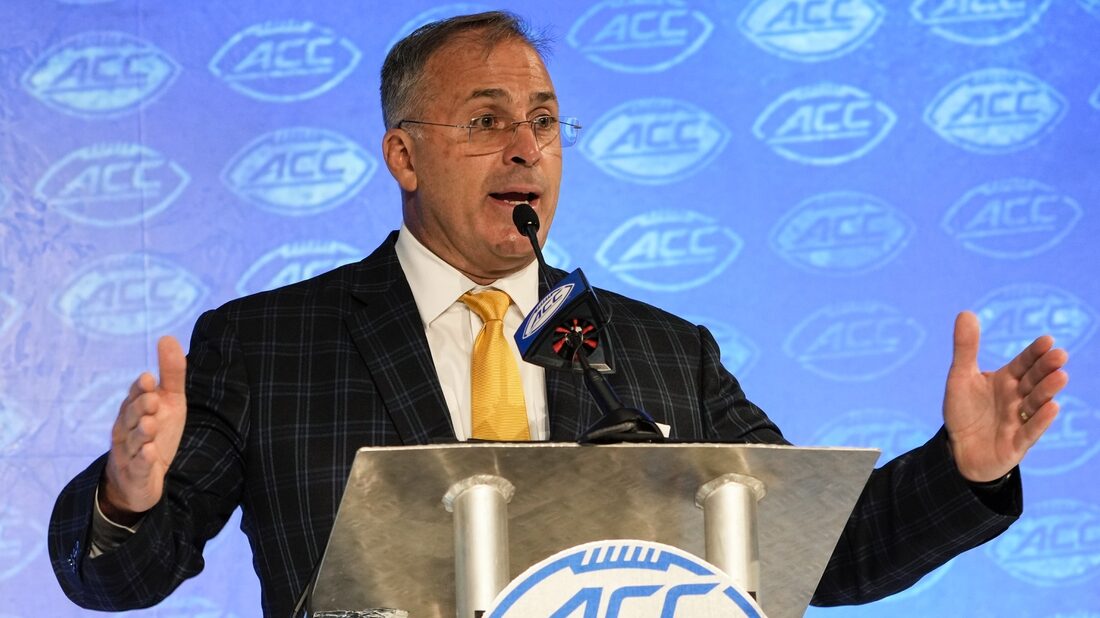 On the heels of its first ACC football championship, Pitt gave coach Pat Narduzzi a contract extension through 2030.

Financial terms were not disclosed, but USA Today reported that Narduzzi made $4.8 million last season.

The Panthers reached double-digit wins for the first time in 12 years, going 11-3 in 2021 and defeating Wake Forest in the ACC championship game in December. They lost to Michigan State 31-21 in the Peach Bowl and finished the season ranked #13 in the Associated Press poll. Quarterback Kenny Pickett was a finalist for the Heisman Trophy, finishing third in voting.

“Our ACC championship season was the result of a strong culture and foundation that Pat Narduzzi has tirelessly built for Pitt football,” Pitt athletic director Heather Lyke said in a statement. “That foundation has our program positioned for sustained success well into the future. Continuity of leadership, especially outstanding leadership like Coach Narduzzi and his staff have provided, has been integral to our program’s rise. We know that we are poised for even more history-making moments in the years to come with Coach Narduzzi on our sideline.”

“Pitt is truly home for my family and me. We are proud to represent this outstanding university and live in this tremendous city,” Narduzzi said in a statement. “I am so appreciative of our players, coaches and staff. Nothing great can be accomplished without their efforts and commitment. I’ve always talked about the importance of pushing together in the same direction. We have that at Pitt across the board.”

Narduzzi is 53-37 in seven seasons at Pitt (36-22 ACC), guiding the team to five bowl appearances and never finishing worse than 5-7.