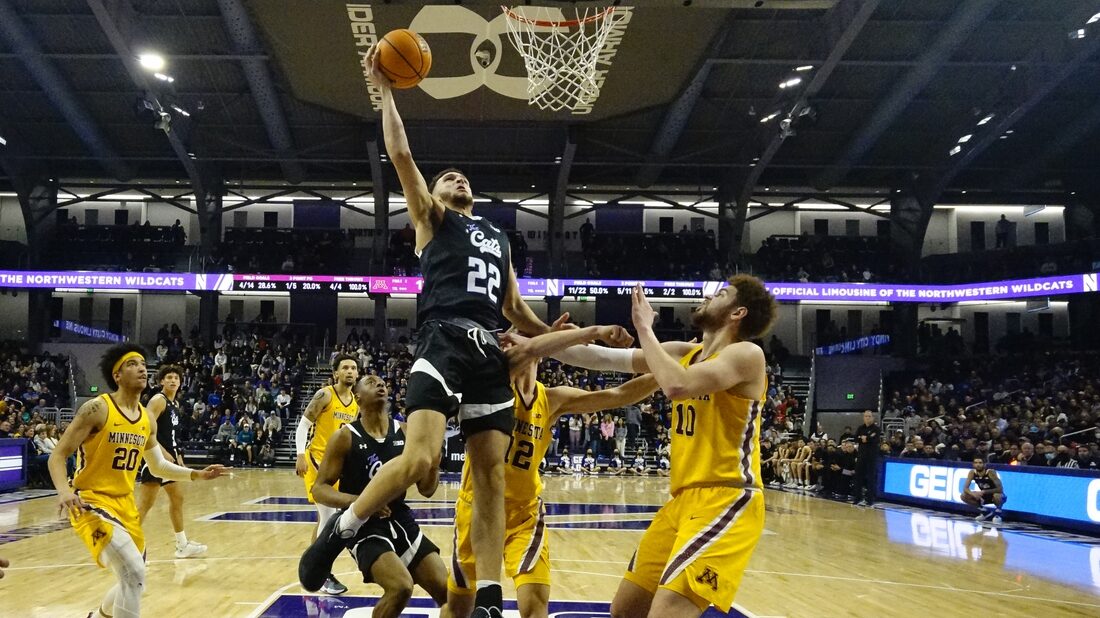 Nance’s Senior Night double-double was his fifth of the season, and he reached 1,000 career points on a layup with two minutes left in the second half. Nance became the 38th player in Northwestern history to reach that milestone.

In Sunday’s first half, Northwestern trailed for just 21 seconds, at 3-2. But the Wildcats mostly dominated, leading 46-26 at halftime, thanks in part to a 27-0 advantage on bench points.

For the first half, Minnesota shot just 34.6 percent from the floor, including 2 for 7 on 3-pointers.

Northwestern shot 47.2 percent for the half, including 7 for 14 on 3-pointers. The Wildcats were also plus-10 on rebounds.

In the second half, Minnesota finally got going, putting together an 8-0 run to cut its deficit to 54-43. That forced Northwestern to call timeout with 11:55 left.

That run was broken on Northwestern’s first possession following the timeout. Elyjah Williams, left open at the right elbow, drilled a 3-pointer. It was just his fourth 3-pointer this season.

But back came Minnesota, as a Sean Sutherlin 3-pointer cut the Gophers’ deficit to 63-55 with 4:14 left.

Buie answered with two free throws on Northwestern’s next possession, and Minnesota never got any closer than nine points the rest of the way. Nance blocked Sutherlin’s attempted dunk with 3:45 to play as an exclamation point on his night.

In this article:minnesota, ncaab, northwestern