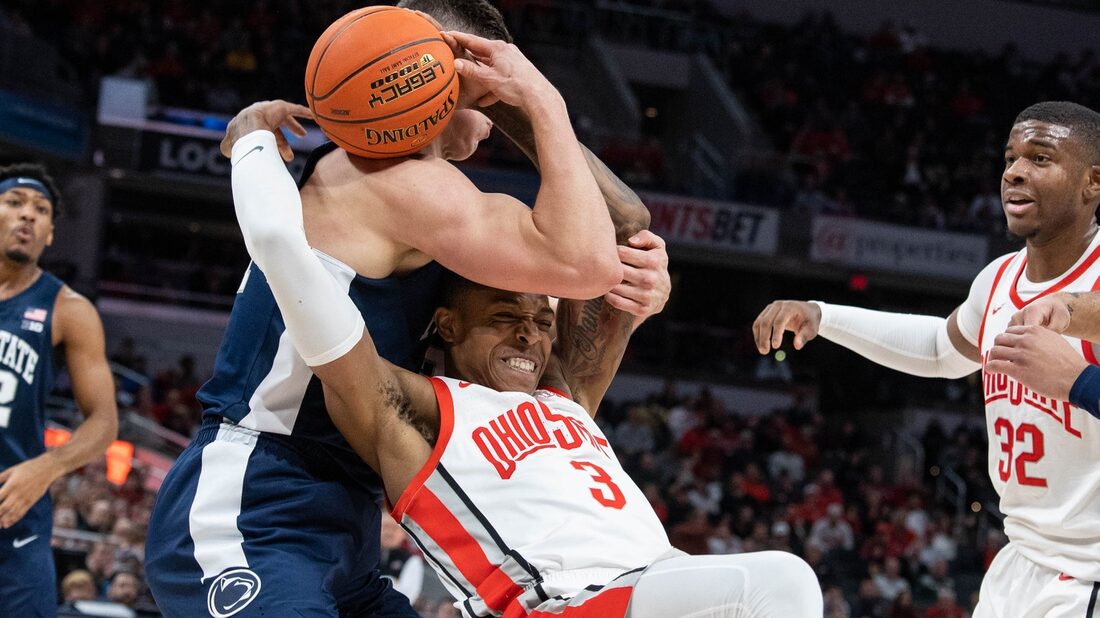 Sam Sessoms had 18 points and Jalen Pickett scored 16 as 11th-seeded Penn State rallied from nine points down in the second half to stun sixth-seeded Ohio State 71-68 in the second round of the Big Ten tournament on Thursday night in Indianapolis.

John Harrar added 12 points with nine rebounds for the Nittany Lions (14-16), who trailed by as many 13 in the first half. Penn State shot 61.5 percent over the final 20 minutes to earn a quarterfinal date with ninth-ranked Purdue, the tournament’s third seed, on Friday night.

E.J. Liddell had 25 points and Malaki Branham scored 16 for Ohio State (19-11), which went nearly seven minutes without a field goal in the second half en route to its fourth loss in five games.

The Buckeyes, playing without key big men Kyle Young (concussion protocol) and Zed Key (ankle), were outrebounded 29-28 and outscored 32-14 in the paint.

A bucket from Ohio State’s Joey Brunk (10 points) tied the game at 56-56, but Sessoms’ three-point play that followed at the 4:26 mark put Penn State up for good.

After trailing 33-24 at halftime, Penn State soon used a 10-2 run to get within 39-36. However, Liddell knocked down a corner jumper and was fouled on the play with 15 minutes left in regulation. After Liddell completed the three-point play, Cedric Russell hit a 3-pointer and Jamari Wheeler, who played his first four seasons at Penn State, added a bucket to push Ohio State’s lead to 47-38.

Liddell scored the game’s first five points, but the Buckeyes weren’t able to pull away from the Nittany Lions during the first half. Ohio State closed with a 5-1 run for a nine-point halftime edge.