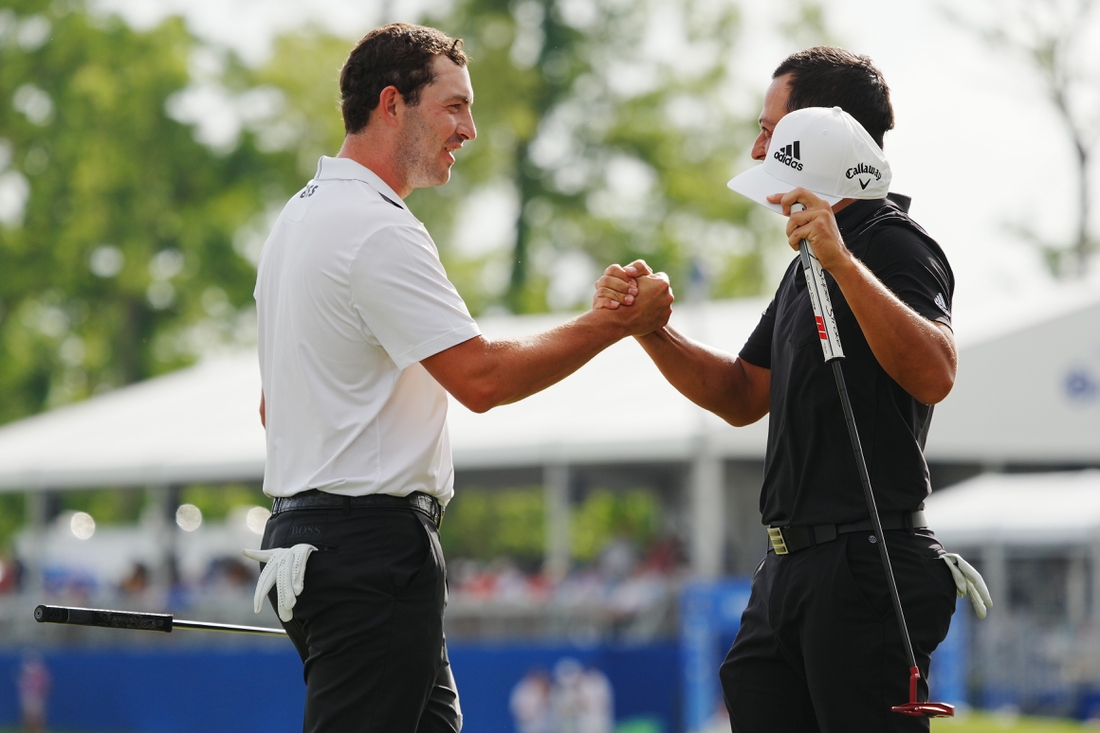 Patrick Cantlay and Xander Schauffele completed a dominant week at the Zurich Classic of New Orleans by polishing off a two-shot win Sunday at TPC Louisiana in Avondale, La.

The fourth- and 12th-ranked players in the world carded an even-par 72 in the final round to finish at 29-under 259, a tournament record in the PGA Tour’s only team event. Sam Burns and Billy Horschel made a late push, drawing within one shot midway through the round, but settled for a 68 and a final score of 27 under.

Doc Redman and Sam Ryder (67 Sunday) placed third at 24 under.

It goes down as Cantlay’s seventh career PGA Tour victory and Schauffele’s fifth.

“Mid-range putts and kept the momentum going, especially in best ball,” Cantlay said. “It felt like whoever had the putt for birdie on that hole, especially if it was a makeable putt, we tended to make it.”

Teams played four-ball (best ball) on Thursday and Saturday and foursomes (alternate shot), considered the more difficult of the two formats, on Friday and Sunday. Cantlay and Schauffele opened the week with a tournament-record 59 during four-ball, when they put 11 birdies and an eagle on the card.

Sunday’s round started with six straight pars before they combined for an eagle at the par-5 seventh. Schauffele’s tee shot found the rough left of the fairway, but Cantlay dialed in his second shot to about 8 feet of the pin for Schauffele to convert the eagle.

“Pat hit an unbelievable shot into 7,” Schauffele said. “Just one of those shots you kind of see on coverage and you’re like, I don’t know how that ball got there. It was a pretty thing to see live from my angle from the fairway.”

The team bogeyed the ninth and 10th holes to slip back to 29 under, and Burns and Horschel reached 28 under with five birdies through their first 11 holes. But Cantlay and Schauffele recovered with a tap-in birdie at the par-5 11th, while Burns and Horschel cooled off down the stretch.

Horschel thought he and Burns would need to go exceptionally low to catch the leaders.

“I thought if we shot 10-under and got to 33, they shot 4-under in this format on Friday, so I wouldn’t be shocked if they did it again,” Horschel said. “We played really well on the front and we were right there with six holes left to play, and then we just couldn’t make anything happen.”

Cantlay and Schauffele held a three-shot lead when they reached the final hole and made bogey.

Will Zalatoris and Davis Riley shot the low round of the day, a 6-under 66, to secure a tie for fourth at 23 under with Keegan Bradley and Brendan Steele; Bubba Watson and Harold Varner III; Matthew NeSmith and Taylor Moore; the South Africa duo of Garrick Higgo and Branden Grace; and David Lipsky and Englishman Aaron Rai.