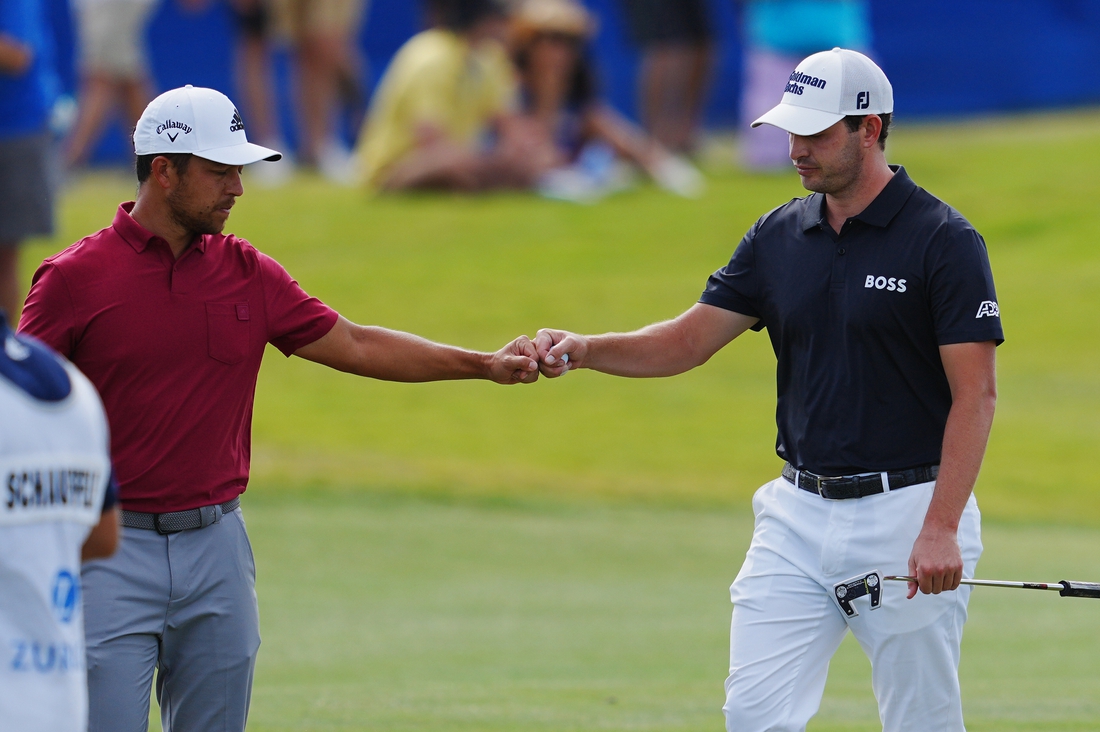 Patrick Cantlay and Xander Schauffele fired a 60 on Saturday, setting the 54-hole tournament record and taking a five-shot lead at the Zurich Classic of New Orleans in Avondale, La.

The pair sit at 29-under 187 after Saturday’s best ball and are bidding to become the event’s first team to win in wire-to-wire fashion.

Garrick Higgo and Branden Grace (63) of South Africa head into Sunday’s final round five shots back at 24-under 192. The five-stroke lead is the largest after 54 holes in tournament history.

Three teams are tied for third at 23 under, six shots back.

The tournament returns to alternate shot Sunday for the final round.

Cantlay and Schauffele caught fire on the back nine, carding birdies on every hole except one to expand their lead after two birdies and an eagle going out.

“Our plan is to basically have as many birdie looks as possible,” Schauffele said. “If you’re not really in the hole, hit it up there close to free up your partner and let your partner get a good roll at it. (Cantlay) did a really good job of that on the back nine, and it bore some good fruit.

“It’s the third quarter. We finished a really good three quarters here and we have one more to go,” Schauffele added.

Grace and Higgo posted four birdies and an eagle on the front but couldn’t keep up the pace, recording a bogey on the par-4 12th hole.

“Everything could change in one hole tomorrow,” Grace said. “You know what it’s like. We’ve played well. Obviously yesterday which was nice, so you have that confidence going into tomorrow. … But just have to kind of get off to a very solid start and then kind of play yourself into the day. You can’t get overaggressive, just try to give yourself some chances on every hole, and we’re bound to make a few.”

Sam Burns and Billy Horschel and Australians Jason Day and Jason Scrivener both posted 63s in the third round and sit T3 with Englishman Aaron Rai and American David Lipsky, who carded a 65.

Wyndham Clark and Cameron Tringale shot 65 and are alone in sixth at 22 under, seven shots back.