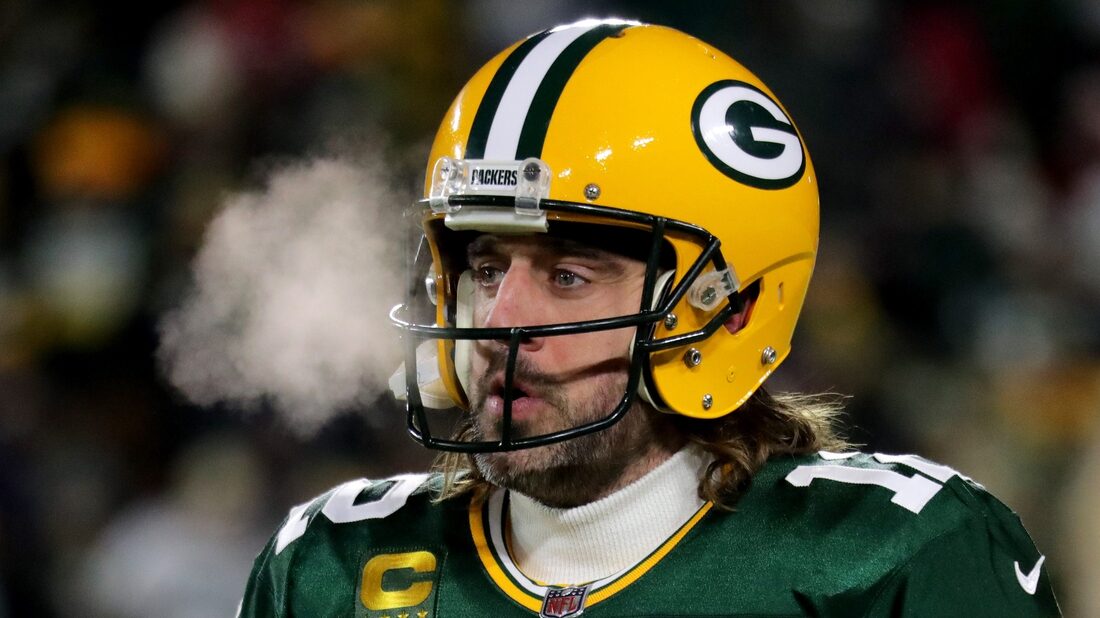 Aaron Rodgers signed the dotted line and made his return to the Green Bay Packers official on Tuesday with a three-year, $150 million contract that lowers his salary cap figure $18 million.

Rodgers reportedly took less money than the Packers offered in hopes of making it possible for Green Bay to retain more talent.

Rodgers can exit the deal at the end of each season, but the salary cap ramifications for the Packers would be dire. His dead cap hit for 2023, for example, would be $62 million.

His new deal pays $41 million in 2022, $59 million in 2023 and $49 million in the third and final year of the deal. The 2023 contract is built largely around a $58.3 million option bonus, which puts the Packers in position to reshape the contract and push future cap hits down the road.

For Rodgers, who termed his future with the team a “beautiful mystery” in 2021, it also sets up a dramatic decision date every offseason until the deal is done.

The Packers and Rodgers are mending fences following a year of acrimony based at least in part on the team’s decision to select quarterback Jordan Love in the first round of the 2020 NFL Draft.

Rodgers said trust and loyalty issues with general manager Brian Gutekunst developed as veterans were either traded or allowed to leave.

Those charges helped open dialogue between the Packers’ front office, Gutekunst included, and Rodgers last season. The Packers acquiesced by trading for Rodgers’ friend and former teammate Randall Cobb prior to last season. When offensive coordinator Nathaniel Hackett was hired as head coach of the Denver Broncos in the offseason, Packers head coach Matt LaFleur involved Rodgers in seeking his replacement.

The resulting hire was Tom Clements, with whom Rodgers has worked in Green Bay previously.

One massive question left for the Packers to settle surrounds All-Pro wide receiver Davante Adams. With $40-plus million committed to Rodgers and two starting linebackers re-signed Tuesday, there is not enough in the coffers to appears Adams.

He’s not going anywhere — yet — because the Packers used the franchise tag to retain him at over $20 million in salary for 2022.

Adams reportedly informed the team he won’t play on the franchise tag, which will invite trade rumors and concerns he’ll hold out, leaving Rodgers with little to work with at the position.