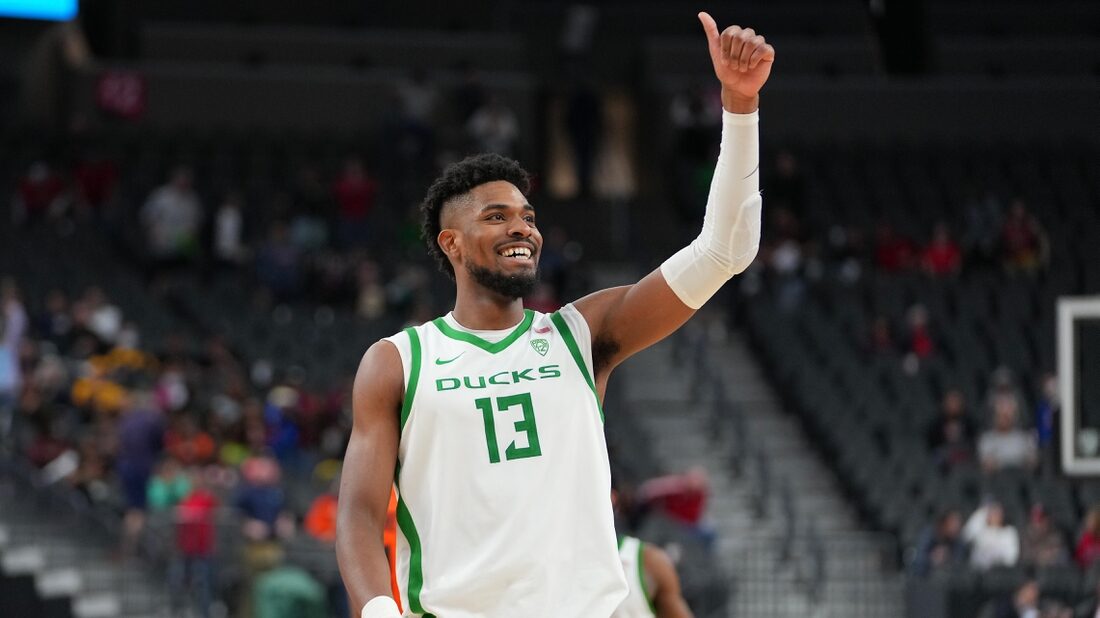 Fifth-seeded Oregon advanced to the Pac-12 tournament quarterfinals Wednesday with an 86-72 win over in-state rival and 12th-seeded Oregon State in Las Vegas, led by Jacob Young’s 23 points and 11 assists.

The Ducks led wire-to-wire in the win, advancing to play fourth-seeded Colorado on Thursday.

Quincy Guerrier had 20 points and N’Faly Dante 15 with five blocked shots. Both overcame second-half injuries to play pivotal roles down the stretch.

Several times, it looked like the Ducks would run away with a fairly easy win. Oregon scored the game’s first 12 points and held several double-digit leads, but the Beavers kept fighting back despite never taking the lead.

The Ducks were finally able to run away with a late 16-8 run to turn a six-point lead into a 14-point win.

Jarod Lucas had 22 points to lead the Beavers (3-28) and Glenn Taylor Jr. added 16. Oregon State ended the season on an 18-game losing streak.

Oregon, already without starting guard Will Richardson due to a non-COVID related illness for as long as they are in the tournament, lost two starters in the second half due to injuries. Guerrier had to exit with an ankle problem, after scoring 18 points, and Dante was clipped by a teammate after a made basket and had to go to the bench for a few minutes.

Guerrier was also able to return.

Dante blocked a shot moments after checking back in, and Eric Williams Jr. hit a 3-pointer at the other end with 5:33 to play for a 75-64 Ducks lead.

The Ducks entered Wednesday having lost five of their last six games at the end of the regular season. But they shot the ball well, finishing 55.6 percent from the floor, and had a 52-30 edge in points in the paint.