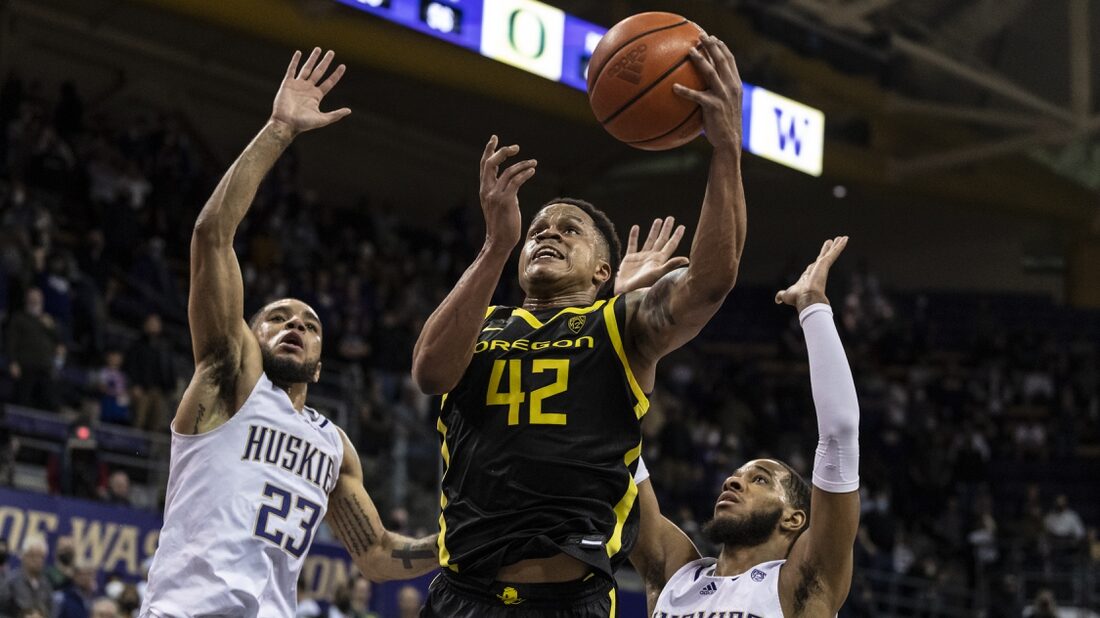 Oregon’s hopes of another NCAA Tournament berth under coach Dana Altman likely will hinge on a win Saturday at Washington State, then a run through the Pac-12 Tournament to at least the title game.

That’s what it has come down to for the Ducks, who lost Thursday night at Washington in what many observers figured was a must-win game for Oregon to be considered for an at-large berth in the NCAA Tournament.

Now, the Ducks are in a tough spot, provided they don’t earn an automatic NCAA berth by winning their league tournament.

Oregon (18-12, 11-8) often is playing its best going into March under Altman. But the Ducks are 2-5 since Feb. 17, including heartbreaking losses at then-#3 Arizona and by one point to then-#16 USC at home. With wins in those, the Ducks might already be a tournament lock.

In Seattle on Thursday, Oregon trailed by more than 20 points in the second half. The Ducks still can finish in fourth place in the conference and get a first-round bye in the conference tournament, but they’ll need a win Saturday and need for Colorado to fall to Utah.

“Disappointed for our players, our fans, everyone,” Altman told The Register Guard. “We had to have this game. We knew that and sure didn’t perform.”

They lost at Oregon 62-59 earlier this season. But the Cougars have won three of their last four.

The Cougars, who are 11-6 at home this season, hope to ride into the Pac-12 Tournament in Las Vegas with momentum. They’ve won three of the last five meetings against the Ducks at Beasley Coliseum.

Washington State might be fatigued when it faces Oregon. The Cougars played their eighth game in 20 days.

“I think we’re tired. I can’t lie,” Washington State coach Kyle Smith told the Spokesman-Review after Thursday’s win. “But we got the win. That usually lifts spirits.”