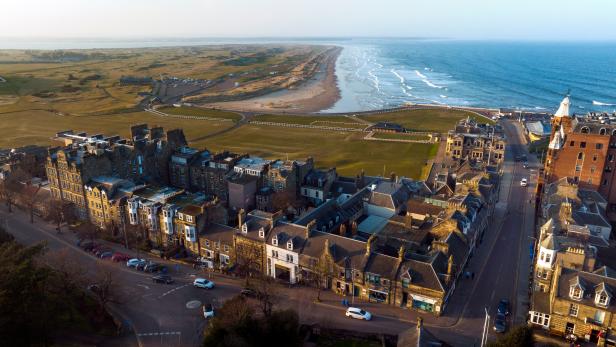 The 18th at the Old Course lacks the bite of other famous drivable par 4s. Sharing a fairway with the first hole, the landing zone is as generous as it gets. Pros often take less than driver to knock it on the green or comfortably bail left, flag-high, then chip it close for an easy bird. The Valley of Sin, shaped in part by Old Tom Morris in the 1860s and from whose eight-foot depth Costantino Rocca holed the putt to force a playoff he would lose to John Daly in 1995, has become half a hazard at most. When Zach Johnson won the Open here in 2015, the hole ranked as the easiest par 4 on the course with a scoring average of 3.76.

Still, it’s the greatest finishing hole in golf, and I can think of five reasons why, none of which feature a blade of grass.

The first is made of stone. Sheep from 800 years ago and veritably every golfer in the Hall of Fame have trod the Swilcan Bridge. After the tee shot, all it takes is just eight or nine steps over the arch to make even the most soberly rational 20-handicapper catch a dizzy ride on the cosmic wheel of time, to feel history tingle in his plastic spikes.