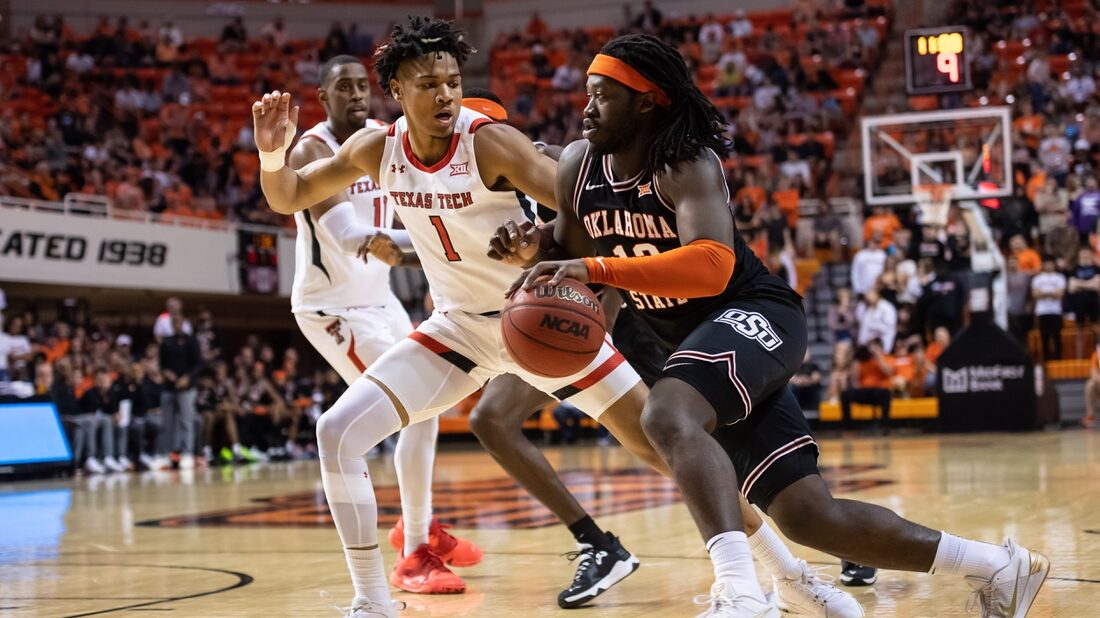 The Oklahoma State Cowboys don’t get to play in the postseason, but they finished their regular season with a highlight Saturday afternoon when they knocked off the 12th-ranked Texas Tech Red Raiders, 52-51, in Stillwater, Okla.

Oklahoma State (15-15, 8-10 Big 12), banned from postseason play due to NCAA sanctions, ended their season with a 13-2 run against the visiting Red Raiders, who head into the Big 12 tournament this week in Kansas City, Mo.

The game-winning shot came when Bryce Thompson knocked down his only 3-pointer of the game to give the Cowboys the 52-51 lead with 19 seconds remaining.

Texas Tech was trying to keep pace with Kansas and Baylor atop the Big 12 standings and would have gained a share of the conference regular-season title with a victory over hot-and-cold Oklahoma State. But the loss locked the Red Raiders into the #3 seed for the conference tournament.

Rondel Walker led Oklahoma State with 12 points Saturday, and Thompson had 11 to join him in double figures as the Cowboys made only 35.2 percent of their shots in the game. But that was better than Tech’s 32.8 percent in the tight matchup.

Kevin Obanor had a game-high 16 points and 10 rebounds for Texas Tech and Bryson Williams scored 13 before fouling out.

Moussa Cisse led OSU with 10 rebounds — including six on the offense end — as the Cowboys held a 41-37 edge on the boards. Oklahoma State’s depth proved to be the difference, as Walker led a 17-3 advantage off the bench.

Both teams finished the defensive struggle with 15 turnovers. To compound the turnovers down the stretch, Texas Tech went cold from the floor.

The Red Raiders missed 11 of their final 12 shots from the floor.

Oklahoma State was not exactly lighting it up, either, trying to close the 10-point deficit. The Cowboys missed seven consecutive shots in the last five minutes.