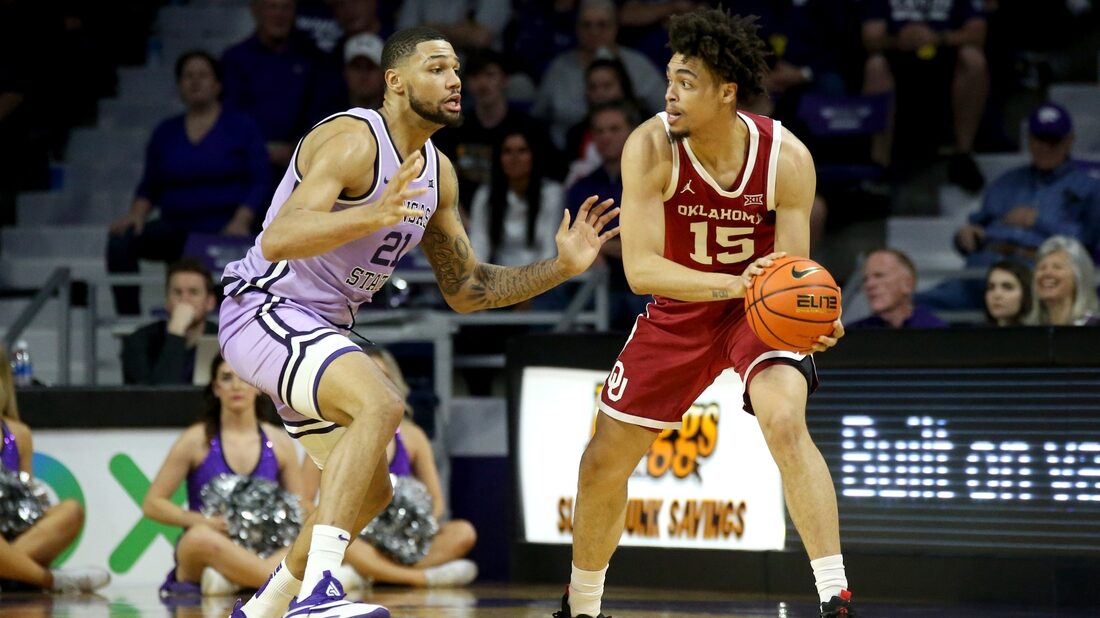 Umoja Gibson scored 29 points Saturday to lead Oklahoma to a 78-71 win over Kansas State in a Big 12 Conference game in Manhattan, Kan.

The Sooners enter the postseason having won three consecutive games after losing 11 of their previous 13 games.

The Wildcats (14-16, 6-12) are the #8 seed and will face ninth-seeded West Virginia in the opening round on Wednesday.

Gibson dominated early, scoring 12 of Oklahoma’s first 15 points as the Sooners built a 15-7 lead in the first six minutes.

But after that initial burst, the game tightened back up, with 10 lead changes and seven ties the rest of the way.

After Kansas State’s response to Oklahoma’s early run, neither team led by more than five points until less than eight minutes remained.

The Sooners took the lead for good with a 7-0 run for a 52-47 lead just shy of the midpoint of the second half, then steadily stretched the lead to 11.

After scoring 20 points in the first half, Gibson didn’t score in the second half until his 3-pointer with 4:27 left put Oklahoma up 70-59.

Until Gibson got going again late, Tanner Groves carried the Sooners in the second half, scoring 9 of his 14 points after the break.

The Sooners shot 52.8% from the floor, outrebounded the Wildcats 37-22, and made things difficult for Wildcats’ leading scorer Nijel Pack.