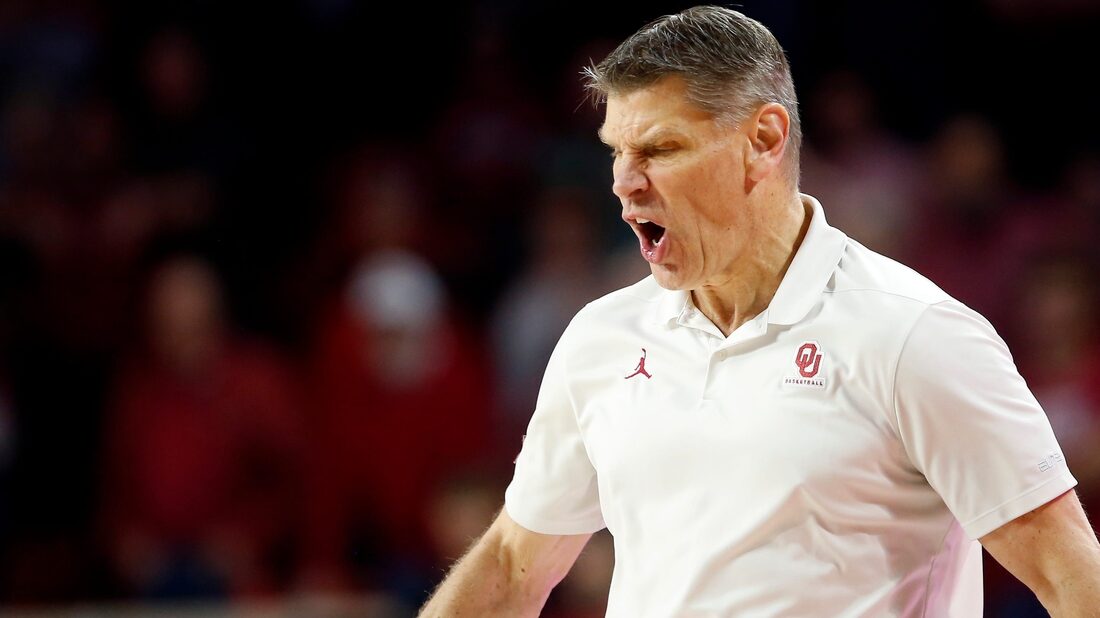 Oklahoma coach Porter Moser contends it’s a no-brainer that the Sooners should be in the NCAA Tournament.

The Sooners might not be able to guarantee that with a win Friday night against #14 Texas Tech in the semifinals of the Big 12 tournament in Kansas City, Mo., but they could put themselves into a much more comfortable spot.

The Red Raiders, in Mark Adams’ first season at the helm, are securely in the tournament but are looking to regain momentum after dropping two of their final three games in the regular season.

The seventh-seeded Sooners (18-14) have been playing for their NCAA Tournament lives since their Feb. 22 loss at Texas Tech put Oklahoma in must-win mode down the stretch.

The Sooners responded with three consecutive wins to close the regular season, then added another major piece to its resume with Thursday’s 72-67 win over third-ranked Baylor in the Big 12 quarterfinals.

It looked unlikely the Sooners would be in such a position after Elijah Harkless, one of their spark plugs on both sides of the ball, was lost for the season with an injury in mid-February.

Oklahoma lost its first two games after Harkless’ injury to extend their losing streak to four.

Since then, though, the Sooners have gotten hot, getting more of a contribution from their bench, most notably Marvin Johnson.

During the Sooners’ four-game winning streak, Johnson has equaled that scoring output, including scoring 12 points in Thursday’s win.

“Now we have regrouped,” Moser said. “We’re confident, we’re hot. … People counted us out and we started one at a time, beating Oklahoma State and then West Virginia. They had to go to Kansas State on their senior night and they won that.

“It’s a testament to this group and how close they’re becoming and how resilient they are becoming.”

Texas Tech figures to be more fresh than the Sooners after jumping to a big lead quickly against the Cyclones on Thursday.

No Red Raiders player played more than 23 minutes in the blowout win, and 12 players played for Tech.

Oklahoma had four different players play 31 minutes or more and used just eight players in the tight win over the Bears.

The Red Raiders hope to maintain balance against the Sooners, especially after getting Kevin McCullar back after he missed the final two games of the regular season.

“We talked about that all the time,” Adams said. “Let’s just share the ball and don’t worry about the minutes, and everybody get in the game and do what you do best, make your special contribution, and we did that.”

Oklahoma is in the semifinals for the first time since 2016. The Sooners haven’t made the title game since winning the 2003 tournament.

Texas Tech is in the semifinals for the first time since 2018 and hasn’t made the title game since 2005.

The Sooners have five wins over top-15 opponents this season, tied for most in the country.

The Red Raiders are among the others with five such wins.