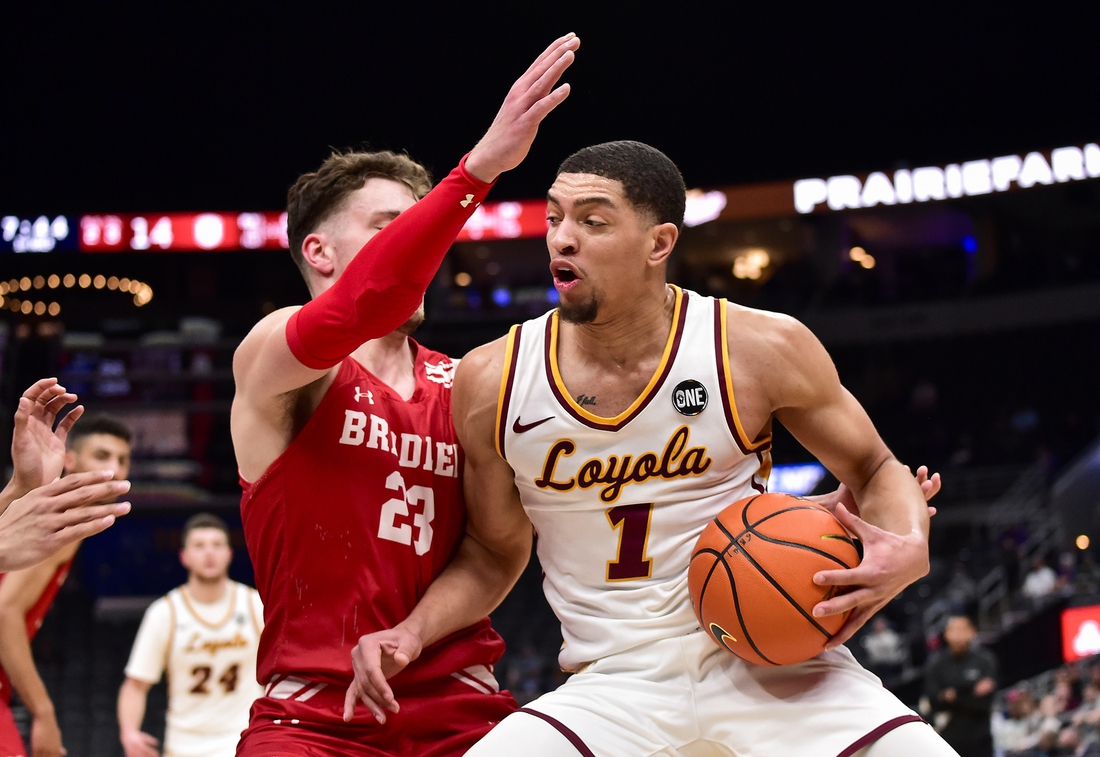 Ohio State enters the South Region of the 2022 NCAA Tournament as the higher seed, but Loyola-Chicago is the team on a roll.

The seventh-seeded Buckeyes (19-11) and 10th-seeded Ramblers (25-7) will meet in Pittsburgh on Friday afternoon in a first-round game.

Loyola is also receiving the majority of the spread bets at FanDuel and PointsBet, where the Buckeyes have been backed by 67 percent of the handle. BetRivers reported that Loyola entered the first round as the eighth-most supported double-digit seed with 63 percent of the spread handle.

“It’s just a blessing to be a part of a team, a part of a program that is trying to become a staple; that every year that this is where we’re going to be,” Loyola guard Lucas Williamson said.

The Buckeyes have struggled. After an impressive win at Illinois on Feb. 24 to put them in the running for the Big Ten regular-season title, they have lost four of five, including to Penn State in their opening game of the conference tournament.

Losing post players Kyle Young (concussion protocol) and Zed Key (ankle) has been a factor in Ohio State’s downfall. Coach Chris Holtmann said on his radio show Monday that their status is yet to be determined.

“It’s day-by-day progress,” Holtmann said. “If we were one of those First Four teams, I don’t know. I’m not sure. Perhaps an extra day helps us with a couple of our guys who are out. We’ll know more here towards the end of the week.”

An early loss in the Big Ten tourney might be a blessing. The Buckeyes had to make up two games late in the season and played seven games in 16 days to end the regular season March 6, followed by the loss to Penn State four days later.

The Buckeyes have the added pressure of erasing the memories of last season’s NCAA Tournament failure when as a #2 seed, they were a one-and-done after losing to #15 Oral Roberts.

There’s no such scrutiny of Loyola. The Ramblers became a sensation in 2018 when they made a Cinderella run to the Final Four before losing to Michigan in the national semifinals.

The Ramblers reached the Sweet 16 last season as a #8 seed under longtime coach Porter Moser, now at Oklahoma.

He was replaced by Drew Valentine, 30, the youngest coach in Division I men’s basketball.

“We’re one of seven teams in the country that has had five consecutive 20-win seasons. That’s a crazy stat. Think about that,” Valentine said. “When you get to talk about consistency and elevating and everything that we want to do here; I think this year was more of a validation on continuing that upward trend.”

Expected to be along for the Ramblers’ tournament ride, per usual, will be 102-year-old team chaplain Sister Jean Dolores Schmidt, who became a media darling in 2018.

The Loyola-Ohio State winner will play either #2 seed Villanova or #15 Delaware on Sunday.