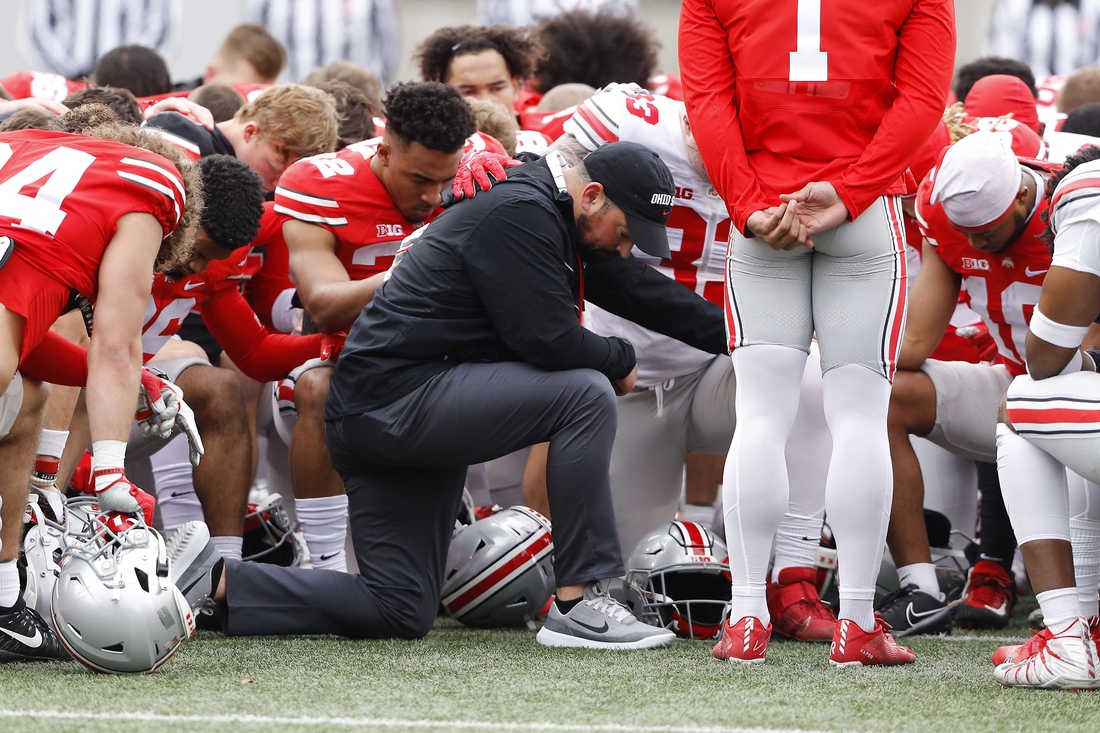 Ohio State remembered its former quarterback, Dwayne Haskins, on Saturday with a memorial video at halftime of its spring game and other markers around Ohio Stadium.

The Buckeyes, led by wide receiver Kamryn Babb — a former teammate of Haskins who is now a fifth-year senior — huddled on the field to watch the video along with the 60,007 fans in attendance. They saw a tribute to Haskins, who died last Saturday, that include footage from his time on campus, interviews with family members and a video of him as a child saying he would play at Ohio State one day.

Babb led the team in a prayer after the video.

Haskins, 24, died last Saturday when he was struck and killed by a dump truck as he walked along a South Florida interstate. The investigation, including why he was walking on the highway, is continuing. He had been in Florida to train with other members of his current team, the Pittsburgh Steelers.

Returning quarterback CJ Stroud, who wears #7 like Haskins did, took the field for the first series of the spring game wearing a black alternate Buckeyes jersey with Haskins’ name on the back.

The players wore a sticker on their helmets with Haskins’ initials, which also were painted on the field. A moment of silence occurred before the game.

Haskins played for Ohio State from 2016-18. In his final season, he set Big Ten single-season records with 4,831 passing yards and 50 passing touchdowns. He threw just eight interceptions and finished third in the Heisman Trophy balloting behind winner Kyler Murray of Oklahoma and Tua Tagovailoa of Alabama.

He was a first-round draft pick of the Washington franchise in 2019 and more recently was a backup quarterback with the Steelers.