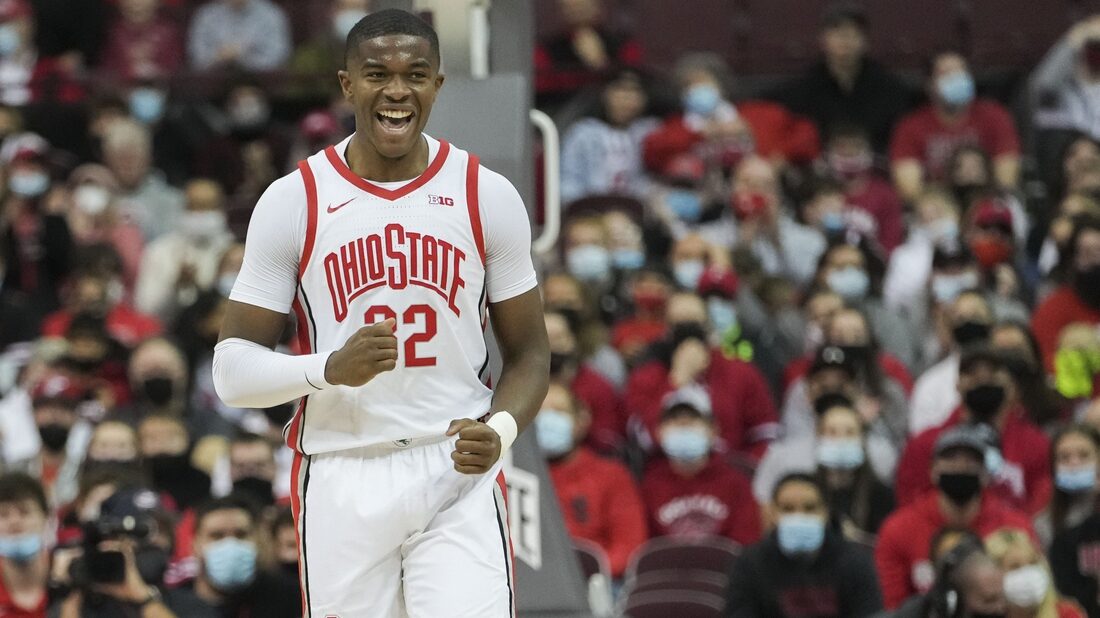 Ohio State benefited from a bye in the opening round of the Big Ten tournament, but the sixth-seeded Buckeyes will enter Thursday night’s second-round game against Penn State in Indianapolis banged up nonetheless.

Co-captain Kyle Young remains out with a concussion he suffered during the regular-season stretch run, while Zed Key (ankle) will be a game-time decision after aggravating on Sunday an injury that sidelined him the previous two games.

Although Meechie Johnson is expected to return from an ankle injury to offer depth to the backcourt, Buckeyes coach Chris Holtmann acknowledges “certainly we’d like to be healthier and also playing a little bit better.”

The Buckeyes (19-10) will aim to reverse the trend against the 11th-seeded Nittany Lions (13-16), who are coming off Wednesday’s 60-51 first-round win against Minnesota.

Ohio State closed the regular season with three losses in four games — all against unranked foes — but Holtmann lauded the persistence of his veteran group, insisting the Buckeyes won’t dwell on that swoon Thursday.

E.J. Liddell, who on Tuesday was named to the All-Big Ten first team for the second successive season, is averaging a team-best 19.4 points and 7.9 rebounds a game.

The Buckeyes swept the Nittany Lions during the regular season, winning by 12 on the road on Dec. 5 behind Young’s 16 points and seven rebounds. Liddell had 19 points and eight rebounds to key a 61-56 home win on Jan. 16.

Seth Lundy, Penn State’s second-leading scorer at 12.4 points a game, did not play. Jalen Pickett, who averages a team-high 13.1 points a game, had 11.

On Wednesday, Lundy contributed 11 points, Sam Sessoms had 14 and Pickett had a game-high 22 to spark the Nittany Lions, who outscored the Golden Gophers 36-23 in the second half.

“We knew as the game goes on, we were going to make a run,” Pickett said. “We just had to keep following the game plan.”

John Harrar grabbed 12 rebounds for the Nittany Lions, who had a 37-26 rebounding advantage.

Penn State coach Micah Shrewsberry, who played only a seven-man rotation, said the team is looking forward to a quick turnaround.

“We got our guys out of here as quickly as possible to get back to the hotel,” Shrewsberry said. “And then start the recovery process. It’s something that we were expecting, to come here and win and play tomorrow.”

Ohio State is coming off a 75-69 loss to Michigan in the regular-season finale on Sunday.

“The most important thing is how you’re playing at the moment,” Holtmann said. “Sometimes people don’t fully understand: Kids are pretty resilient and have the ability to move on, win or lose. We know this tournament. Every game will be a challenge.”

The winner will advance to play third-seeded and ninth-ranked Purdue in the quarterfinals Friday.