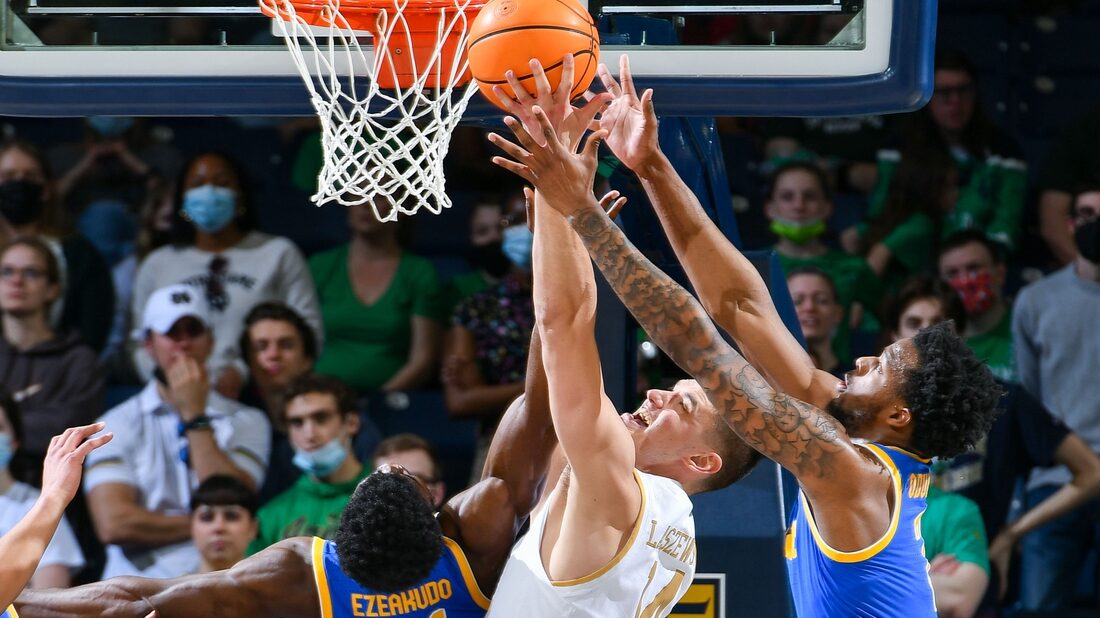 Cormac Ryan had 15 points, while Dane Goodwin and Paul Atkinson Jr. chipped in 10 points apiece for the Fighting Irish (22-9, 15-5 ACC), who temporarily moved into sole possession of second place in the ACC standings.

North Carolina can finish in a second-place tie with Notre Dame if it defeats #4 Duke later Saturday.

The Fighting Irish took their first double-digit lead on Ryan’s 3-pointer with 7:03 left in the first half. However, Notre Dame made only one field goal in the final six minutes of the half, allowing the Panthers to stay within striking distance.

Notre Dame took charge early in the second half with a 12-2 run. Atkinson made a pair of baskets in the opening 90 seconds, and Ryan drained a pair of 3-pointers during the burst to expand the cushion to 43-23.

With about 8:36 remaining, Pitt whittled its deficit down to 16 points at 60-44. However, Goodwin scored five points in 30 seconds to push the lead back to 21.

The Irish led comfortably the rest of the way.