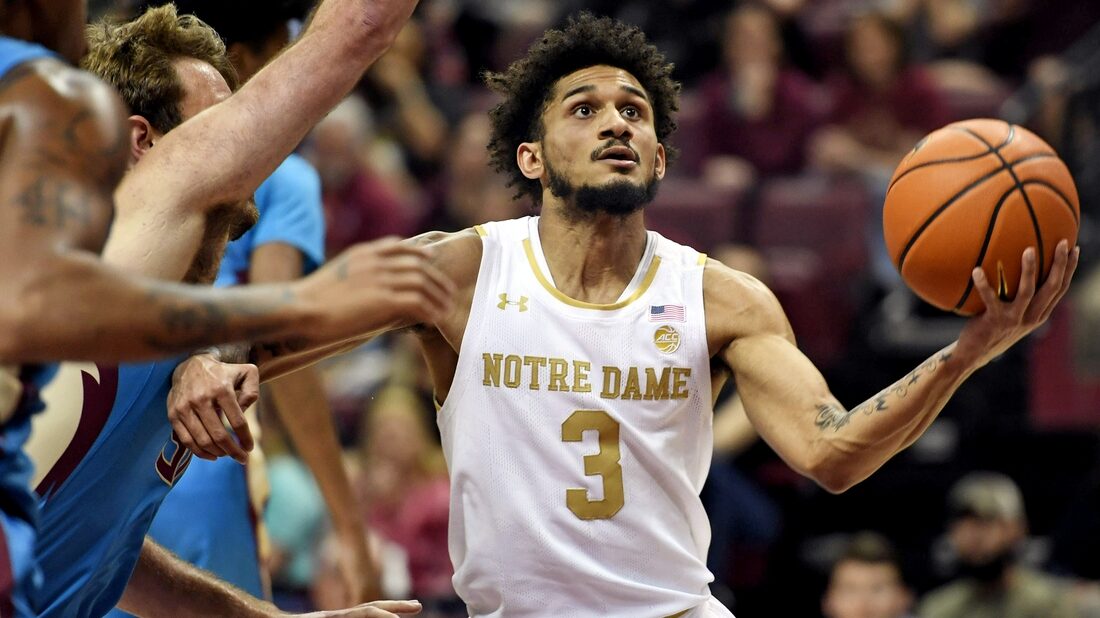 The Fighting Irish (21-9, 14-5 ACC) are tied for second place in the league standings and in solid position to make the NCAA Tournament despite a loss to Florida State on Wednesday.

The Panthers (11-19, 6-13), meanwhile, have endured a difficult season that has them sitting ahead of only NC State and Georgia Tech in the ACC standings. They have dropped three straight games, including the last two by a combined 51 points.

This will be the second meeting of the season between Notre Dame and Pitt. In late December, the Fighting Irish escaped with a 68-67 road victory after Prentiss Hubb hit a fadeaway jumper with five seconds to go.

More recently, Hubb was 1 of 6 from 3-point range as part of a 5-of-19 long-distance effort from Notre Dame in Wednesday’s 74-70 setback against the Seminoles. The Irish missed all 10 of their 3-pointers in the second half of a performance that coach Mike Brey quickly decided not to dwell on.

“Just flushed it with our guys,” Brey said. “We moved on quickly.”

The Irish will honor their senior class, including Hubb, prior to the meeting with the Panthers.

Perhaps the Notre Dame seniors can enjoy a prolific home finale against a Pitt team that has given up 171 points in its last two games.

The Panthers were trounced by Duke 86-56 on Tuesday. They managed to make only five 3-pointers in 18 attempts and got to the foul line only six times, making three, in a lethargic performance.

Still, Pitt forward Mouhamadou Gueye remains proud of the team’s chemistry, particularly in the wake of a challenging season.

“We have been through a lot of things throughout the season. Guys come in every single day and do what they can to stay together,” he said. “Keeping things going and just show up every single day. Coach (Jeff) Capel told us day one, just show up, make no excuses, do what you got to do.”