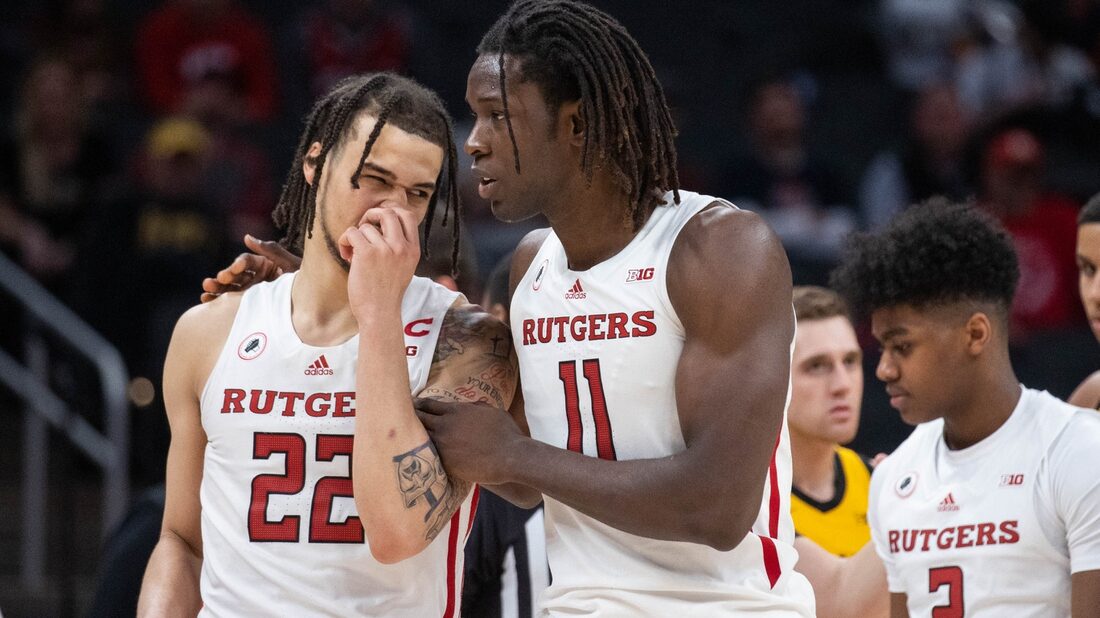 Rutgers and Notre Dame believe that it doesn’t matter where a team is seeded in the NCAA Tournament — all that matters is that it made the field of 68.

The former Big East Conference rivals ended up earning two of the last four at-large bids into the 2022 field and will play each other in a First Four game Wednesday night at Dayton, Ohio. The winner will earn a #11 seed and move on to play sixth-seeded Alabama on Friday.

Notre Dame is favored by 1.0 point at DraftKings, but Rutgers has been backed by 71 percent of the bets and 72 percent of the spread-line money as of game day. The 132.0-point Over/Under has seen the Over backed by 66 and 59 percent, respectively.

Having to plan an extra tournament game might appear to be a hindrance, but starting in the First Four didn’t stop UCLA from making a surprise run to the Final Four last year. VCU began its Cinderella run in 2011 in the First Four as well.

“Sometimes, when you get a chance to play and win a game in Dayton, it can jump-start you a little bit,” Notre Dame coach Mike Brey said. “To scratch our way back into this, let’s do it. To get there is great.”

Notre Dame placed second in the ACC with a 15-5 conference record (22-10 overall), but with the ACC having a down year and the Irish’s metrics lacking, the team had to sweat out Selection Sunday.

So did Rutgers, whose season endured an arc like no other. Consecutive losses to DePaul, Lafayette and UMass in November appeared to torpedo the Scarlet Knights’ season before it could really begin. They fought back with wins over each of the Big Ten’s best programs, from then-#1 Purdue to eventual regular-season co-champs Wisconsin and Illinois.

Rutgers coach Steve Pikiell, who agreed last week to a contract extension through 2030, said he wasn’t nervous about his team’s tournament fate.

“I was hopeful that the committee was going to look at our body of work and obviously we’ve proven (ourselves),” Pikiell said. “It’s a great league and we beat one through 10 in the conference, so I felt good about that, and I would hope they wouldn’t hold a couple of one-possession games in November against us. Just thankful for this opportunity to play a great Notre Dame team.”

Rutgers is dancing for the second straight year after a 30-year drought from 1991-2020. It’s Notre Dame’s first tournament appearance since 2017.

Both teams went one-and-done in their respective conference tournaments last week, each losing to the eventual champion. Rutgers fell to Iowa 84-74 in the quarterfinals, and Notre Dame lost 87-80 to Virginia Tech before the seventh seed ran through North Carolina and Duke as well.

Pikiell praised the work Brey has done with Notre Dame since taking over the program in 2000.

“He’s awesome … (he’s) one of the great college coaches and has done a really good job with Notre Dame since he’s been there with the players on their roster he’s recruited,” Pikiell said. “So I do know a lot about him, first-class guy. Does it the right way.”