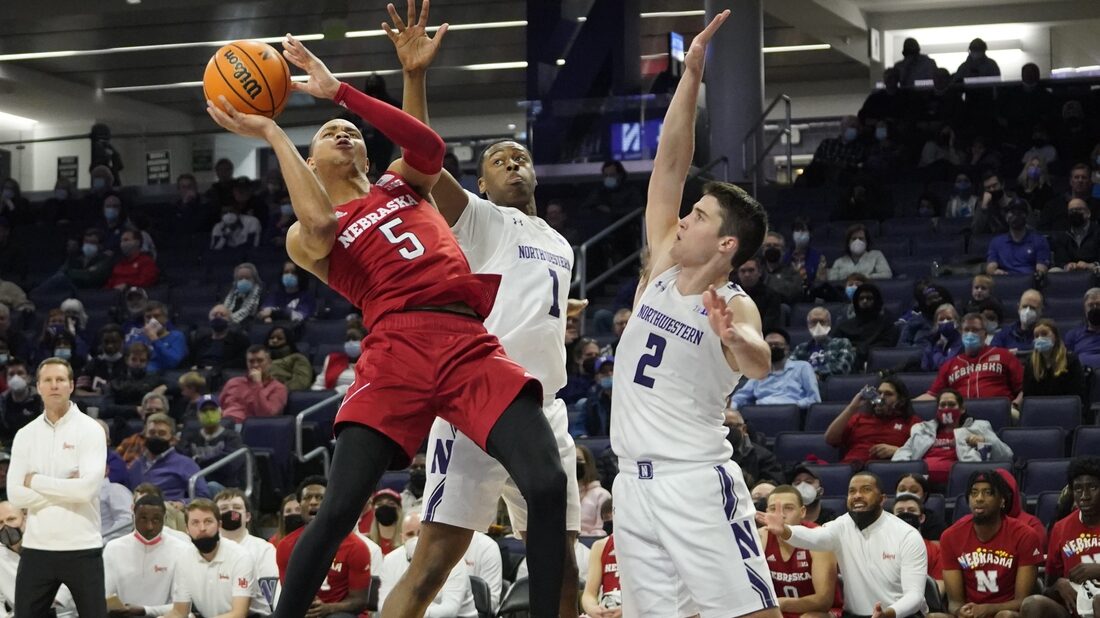 Boo Buie scored 16 points and helped Northwestern rally for a 71-69 victory over Nebraska on Wednesday night in the first round of the Big Ten tournament in Indianapolis.

Buie, who was fouled on the ensuing inbound, proceeded to hit the first of two free throws with 7.4 seconds left. Buie missed the second foul shot and Lat Mayen corralled the rebound, giving Cornhuskers had one last chance. But Robbie Beran rejected Trey McGowens’ layup as time expired.

Northwestern completed a three-game sweep of Nebraska for the season.

The 13th-seeded Cornhuskers entered the tournament on a three-game winning streak, which included upsets of Ohio State and Wisconsin on the road, but fell short of winning their first Big Ten tournament game since March 14, 2019.

Derrick Walker had 16 points and seven rebounds for Nebraska. Walker fouled out with 18 seconds left and sent Chase Audige to the line. Audige made only one of two, leaving an opportunity for Nebraska to win the game before the charging call was made on Verge Jr.

The Wildcats trailed by as many as 15 points in the second half and Buie’s three-pointer capped a 14-0 run, which put them ahead 63-62 lead with 6:24 remaining.

Nebraska went over seven minutes without a field goal, contributing to its collapse down the stretch and shot only 3 of 15 from 3-point range for the game. The Huskers scored 19 points off Northwestern’s 14 turnovers, but couldn’t slow down the Wildcats’ shooters, who went 10 of 30 from beyond the arc.

In this article:ncaab, nebraska, northwestern