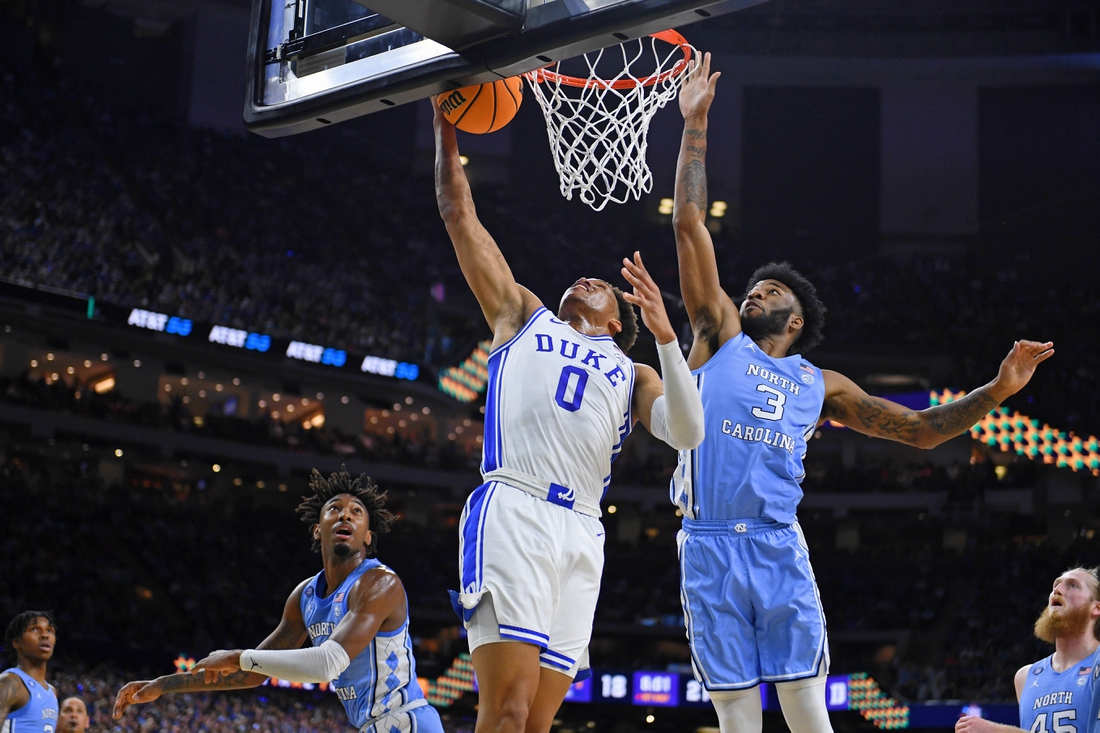 Love scored 28 points and RJ Davis had 18 for the Tar Heels in the final game of Duke coach Mike Krzyzewski’s career.

The first NCAA Tournament meeting between the unfriendly neighbors, the 100th game between the teams since Coach K’s arrival, was a classic between basketball heavyweights.

North Carolina led 79-76 and called a timeout with 10.4 seconds left and Duke’s Trevor Keels headed to the free throw line. Keels made the first but his second hit the front iron and Love collected the rebound.

Love made a 3 moving to his left with 25 seconds on the clock and went to the free throw line after Keels sprinted for a layup to make the score 78-76. Love missed the second after making the first.

Down by two with 2:07 left, Keels knocked in an open 3, which was answered seconds later by Brady Manek in the corner in front of the UNC bench. But Duke’s Wendell Moore Jr. made one of his own at the other end, and Duke went into a timeout ahead 74-73 with 1:20 to go.

Duke went up 68-67 when Banchero made one of two free throws, but Love changed the lead for the 14th time in the game with a running layup off the glass, and North Carolina’s defensive stop ended with Manek at the line in the bonus. He made the first, for a 70-68 Tar Heels lead.

With the game even at 67, Manek missed an open 3 from the left wing two possessions after missing two free throws.

Griffin made the free throws that made it 67-65 Duke. The foul shots came moments after Armando Bacot left with 5:18 remaining, unable to put weight on his right leg. He returned to the game with 4:36 to go.

Duke trailed 62-57 at the under-8 timeout when Banchero spun left from the right block for an easy two, and Jeremy Roach went to the line the next trip to further narrow North Carolina’s edge to 62-61.

Keels cleaned up a missed layup to give the Blue Devils the lead back. After a sweeping layup by Love, Griffin drained a pair of free throws to nudge Duke ahead 65-64.

The Blue Devils went small for much of the second half. Williams picked up his fourth foul on an and-1 by Bacot with 10:31 left, and Duke was forced to go back to Theo John, who had four fouls in the first half.