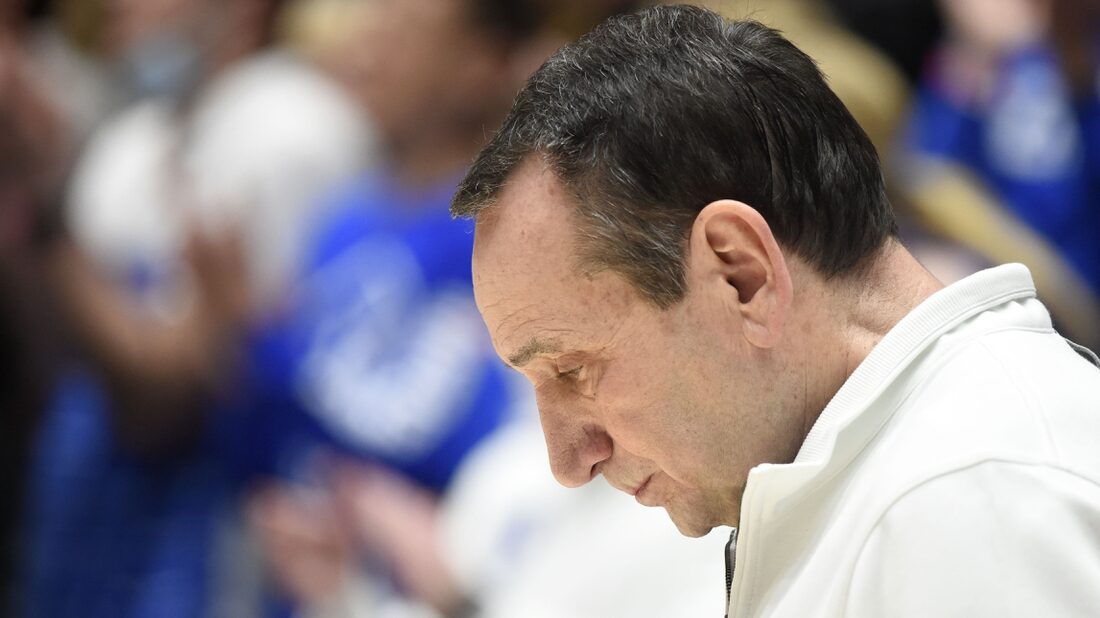 Four players reached the 20-point mark for visiting North Carolina in a stunning 94-81 victory against #4 Duke in the final home game for Hall of Fame coach Mike Krzyzewski on Saturday night in Durham, N.C.

It was one of the most-anticipated matchups in the storied rivalry with Krzyzewski’s 42-year run with Duke hitting a certain juncture. Instead, first-year coach Hubert Davis directed the Tar Heels to a victory against a ranked team for just the second time this season.

In all, Krzyzewski has a 572-76 record in 42 seasons of home games, though this result will sting Duke fans forever.

Armando Bacot racked up 23 points, Caleb Love ended up with 22 points with a late-game surge, R.J. Davis had 21 and Brady Manek posted 20 points for the Tar Heels (23-8, 15-5 Atlantic Coast Conference).

Paolo Banchero scored 23 points to lead Duke (26-5, 16-4), which had clinched the outright ACC regular-season championship earlier in the week. The Blue Devils had won their last three games on the road and looked poised to gain more momentum heading into the postseason.

North Carolina turned the game with a 9-0 run that ended with Manek’s basket off an offensive rebound, pushing the Tar Heels to a 65-61 lead. Still, Duke trailed just 73-71 before North Carolina hit another gear.

But North Carolina made five 3s in the first half and made all six of its free throws.

By game’s end, the Tar Heels were 9-for-23 on 3s, with Manek, a transfer from Oklahoma who had never played in the gym before, making five of those.