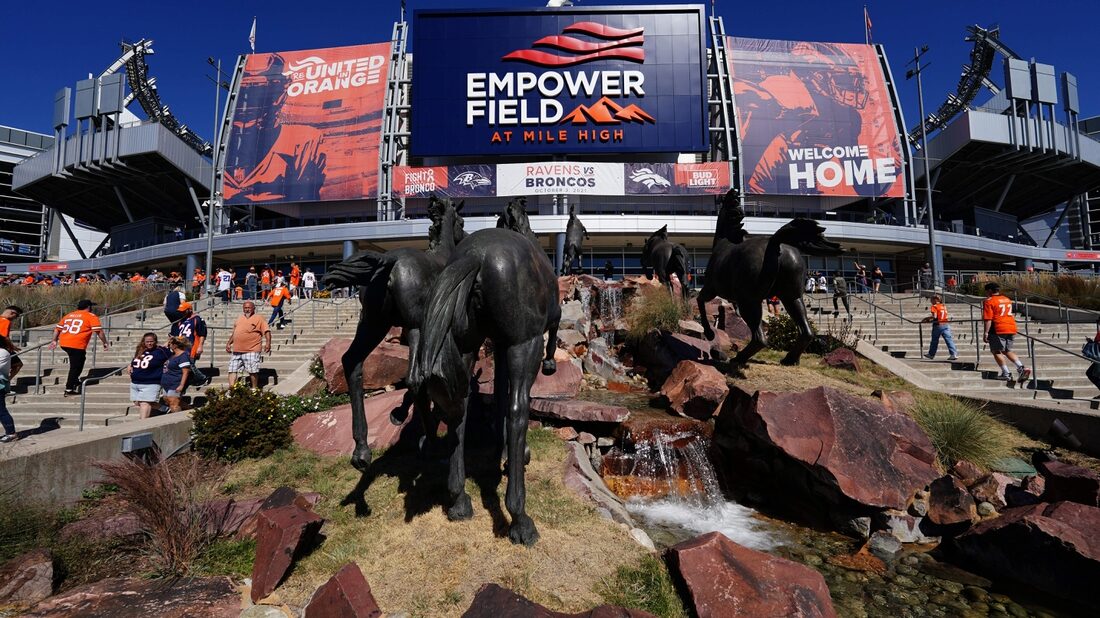 A fire broke out Thursday afternoon in a construction zone at Empower Field at Mile High, the Denver Broncos’ home stadium, requiring local firefighters to help extinguish it.

The fire occurred near the East Club Lounge and affected a suite and the third tier of seating, according to statements from stadium officials and the Denver Fire Department.

That part of the stadium was evacuated and no injuries were reported. The cause of the fire was not yet known.

“Sprinklers attempted to stop the fire, but firefighters were needed to complete extinguishment,” the fire department said in a statement on Twitter. “Heavy fire & smoke was found on our arrival.”

The department also shared images from the scene, some of them showing seats engulfed in flames and dark smoke.

The stadium, formerly known as Invesco Field and Sports Authority Field, opened in 2001, replacing the old Mile High Stadium as the Broncos’ home.