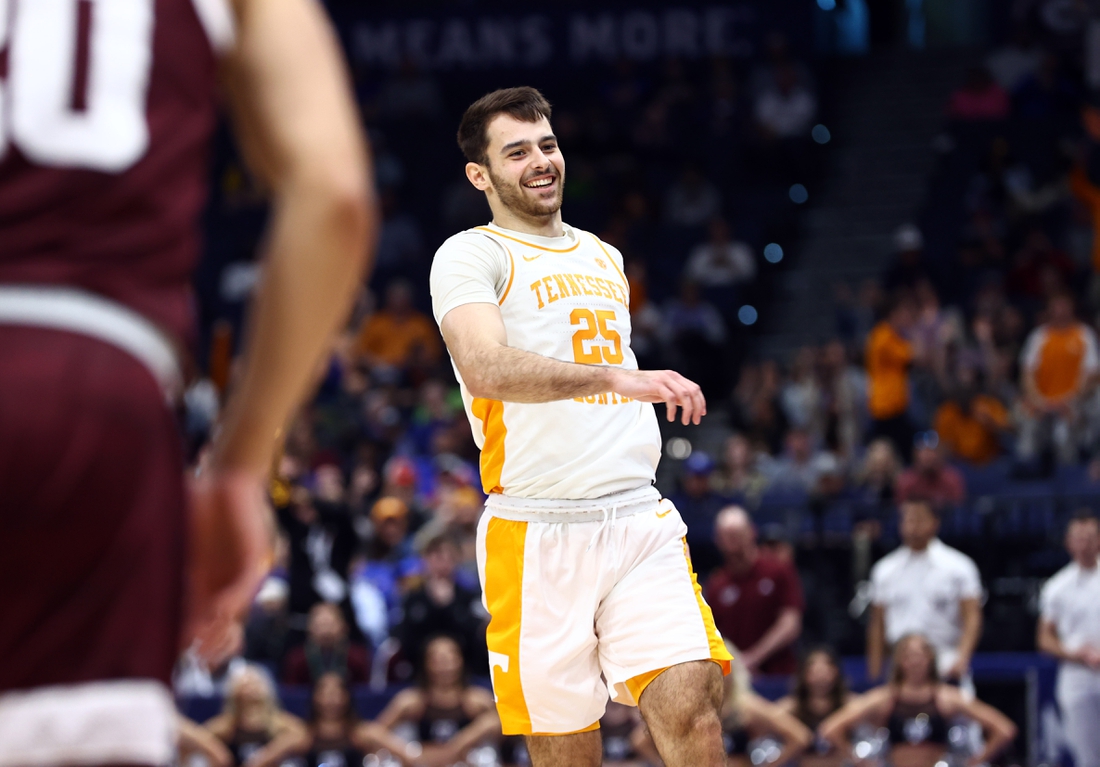 Josiah-Jordan James contributed 16 points, 10 rebounds and three blocked shots as the second-seeded Volunteers (26-7) won the SEC tourney crown for the first time since 1979. Kennedy Chandler added 14 points and seven assists as Tennessee claimed the SEC’s automatic berth to the NCAA Tournament with its seventh consecutive victory.

Texas A&M’s NCAA Tournament fate will be decided later Sunday. The Aggies were off the board but played themselves into consideration for an at-large berth with three straight wins in the SEC tournament, including upsets of #4 Auburn and #15 Arkansas.

Tennessee shot 39.3 percent from the field, including 12 of 28 from 3-point range. Chandler and Vescovi each buried four treys and James made three.

The Aggies made just 31.4 percent of their shots and were 4 of 19 from behind the arc while scoring their fewest points of the season.

Texas A&M was within 34-29 less than three minutes into the second half before Vescovi scored nine points during a 12-2 burst that saw Tennessee increase its lead to 15 with 14:49 to play.

The Aggies crept within 11 less than two minutes later before the Volunteers went on a 9-2 run. Zakai Zeigler and James each drilled 3-pointers during the surge as Tennessee’s lead grew to 56-38 with 10:09 remaining. Texas A&M was unable to mount a late charge.

Tennessee rattled off the first 14 points of the game as the Aggies missed their first eight field-goal attempts. Texas A&M finally scored on Coleman’s inside shot with 13:34 left in the half.

The Aggies moved within 16-10 on Quenton Jackson’s layup with 9:12 remaining but the Volunteers scored eight of the next nine points and held a 24-11 advantage after John Fulkerson’s dunk with 5:49 to play.

The Volunteers held a 29-20 halftime lead despite shooting just 35.5 percent from the field. Texas A&M was even worse at 27.3 percent and missed all of its nine 3-point attempts.