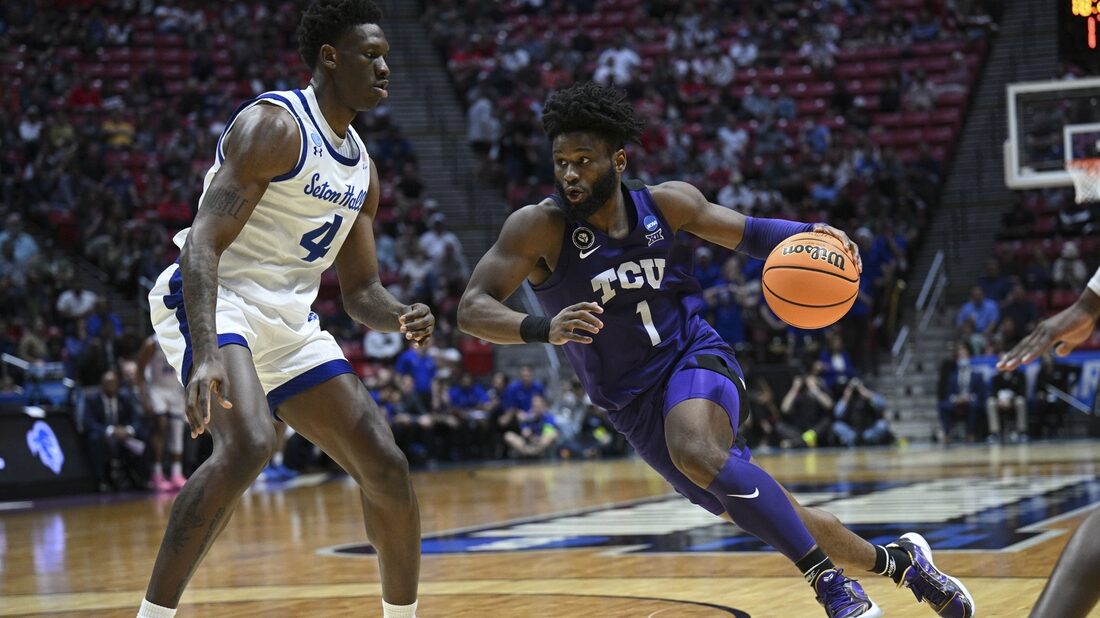 Damion Baugh had 14 points, six assists and five rebounds while Emanuel Miller added 10 points for the Horned Frogs (21-12), who advanced to face Arizona, the top seed in the South Region, on Sunday.

Making matters worse for the Pirates, Jared Rhoden, their leading scorer and a first-team All-Big East selection, fouled out with 12:55 left in the game. The Pirates committed 17 fouls in an ugly performance.

Coach Jamie Dixon guided TCU to its first victory in an NCAA Tournament game since 1987, when he was a point guard for the Horned Frogs.

“I think the defense led to our offense,” Dixon said in a postgame interview on truTV. “That’s really what we try to get across to our guys. We really preached on, if you don’t make a shot, if you miss a shot, if you make a mistake, the defense has got to be there every time.”

Both teams had trouble on offense early; TCU led just 12-11 after more than 10 minutes of game time. But the Horned Frogs then launched a 12-1 run while holding Seton Hall without a field goal for 5:43. Miller had six points in that stretch.

Trailing by 13, the Pirates got back-to-back 3-pointers from Harris and Cale, but TCU took a 30-21 lead into the break. Seton Hall had more turnovers (nine) than made field goals (eight) in the half. Miles scored 10 first-half points to lead all scorers.

Rhoden played just 13 minutes in the first half due to his foul trouble, and after scoring Seton Hall’s first bucket of the second half, he picked up his fourth. He subbed out, but with the season on the line, he re-entered and played a few more minutes before being called on a questionable charge.

Seton Hall made just three of its final 14 shots and TCU scored the game’s final nine points to cap the blowout.