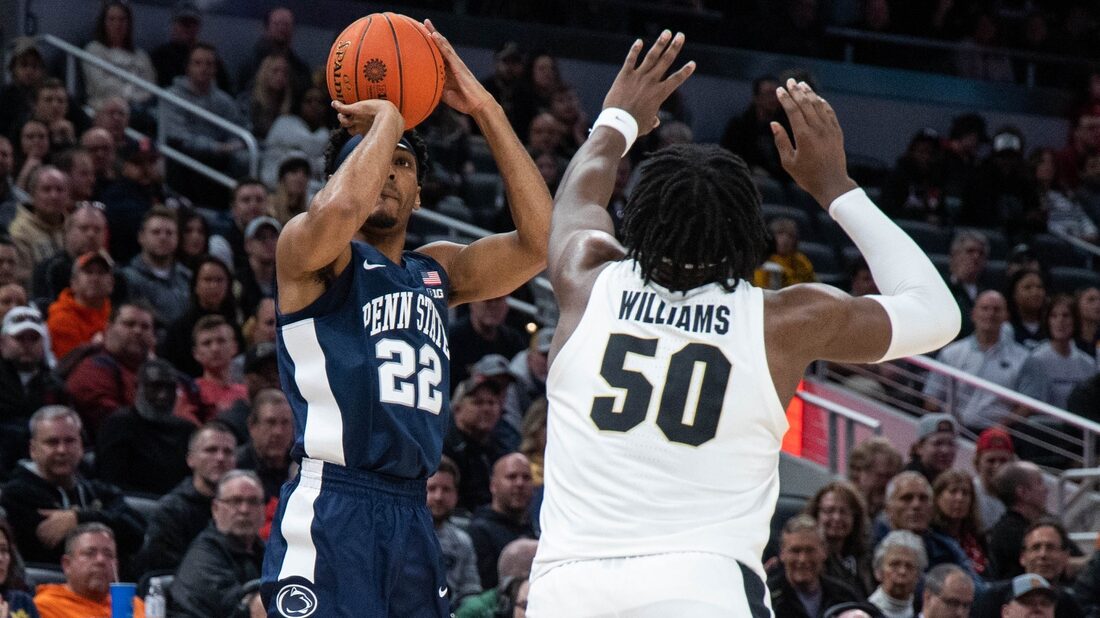 Jaden Ivey scored a game-high 17 points Friday night, including a game-clinching layup in the final minute, as ninth-ranked Purdue survived Penn State 69-61 in the quarterfinals of the Big Ten Conference tournament in Indianapolis.

The third-seeded Boilermakers (26-6), the only top four seed to survive a wild Friday, will take on seventh-seeded Michigan State in Saturday’s second semifinal. The 11th-seeded Nittany Lions finished their season at 14-17, although they lost with valor.

Penn State used a 17-6 run to crawl within 62-61 when Sam Sessoms drove for a layup with 2:39 remaining. But Ivey took over from there, hitting two free throws with 2:15 left for a three-point lead.

Then he iced the game when he ran down a loose ball in the backcourt and split two defenders in the lane for a fastbreak layup that gave Purdue a five-point margin with 44 seconds on the clock.

Zach Edey added 15 points and Brandon Newman contributed 12 in a reserve role for the Boilermakers, who hit 50 percent from the field and carved out a 34-29 rebounding advantage.

Jalen Pickett scored 16 points and dished out six assists for the Nittany Lions, while John Harrar added 15 points and 12 rebounds.

Playing its third game in as many nights, Penn State took it to Purdue for the first 11-plus minutes. The Nittany Lions established a 12-2 lead just after the under-16 TV timeout when Seth Lundy canned two free throws.

Penn State still owned a 24-15 margin with seven minutes left in the half when Pickett canned a pullup jumper, but the Boilermakers finally found their legs. Beginning with Ivey’s jumper on the next possession, they went on a 15-4 run, finally taking the lead when Newman stroked a 3-pointer at the 2:43 mark.

Newman connected on another jumper with 1:07 remaining to cap the first-half scoring. Purdue went into the break with a 35-31 edge on the strength of 50 percent shooting and a 16-5 advantage in bench points.

In this article:cbb-pur, ncaab, penn state