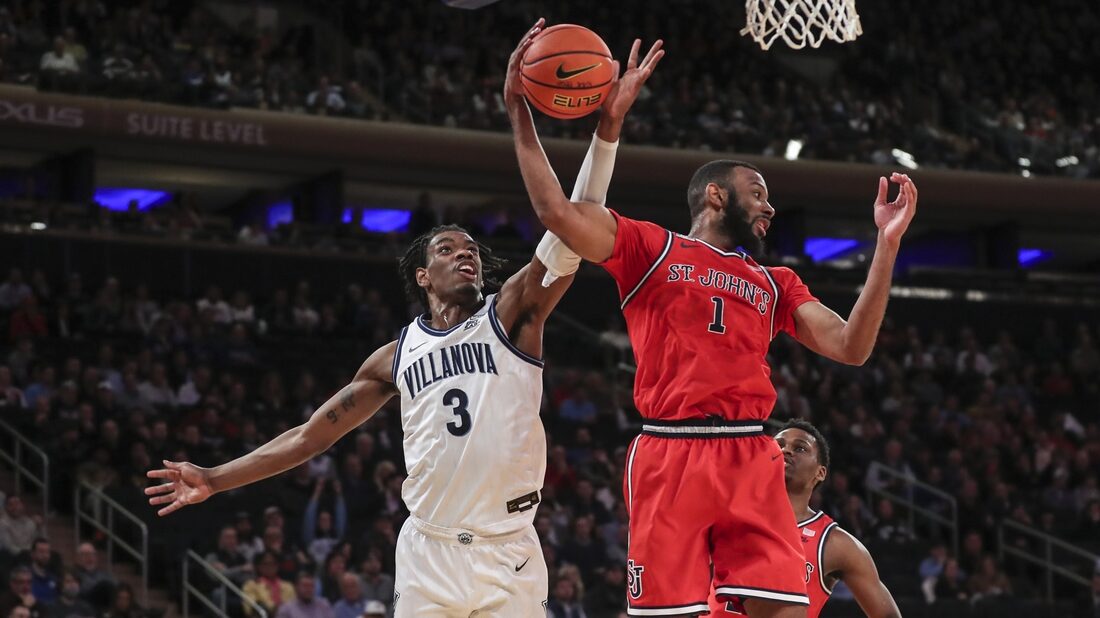 Brandon Slater made two free throws with 2.8 seconds left to complete #8 Villanova’s comeback for a 66-65 victory over St. John’s in the quarterfinals of the Big East tournament on Thursday in New York.

Villanova will face either third-seeded and 20th-ranked UConn or sixth-seeded Seton Hall in the semifinals on Friday.

Villanova missed 17 of its first 20 shots yet trailed by only six.

Joel Soriano threw down a dunk and added a pair of free throws for a 19-10 Red Storm lead.

Daniels responded with consecutive 3-pointers from the wing to close Villanova within 19-16.

St. John’s then scored nine straight, capped by Posh Alexander’s layup, for a 12-point lead with 5:08 remaining in the half.

Gillespie and Moore each knocked down a 3-pointer and the Wildcats sliced the deficit in half.

The Red Storm led 30-23 at halftime thanks in large part to Champagnie’s 13 points. Villanova shot just 7 of 30 (23.3 percent) from the field before the break.

Montez Mathis hit a jumper, Champagnie followed with a jump shot and a 3-pointer and St. John’s quickly extended to a 37-23 advantage early in the second half.

Slater made two free throws with 4:04 remaining to give the Wildcats a 61-58 advantage.

Aaron Wheeler then grabbed an offensive rebound and dunked to close the Red Storm within one.