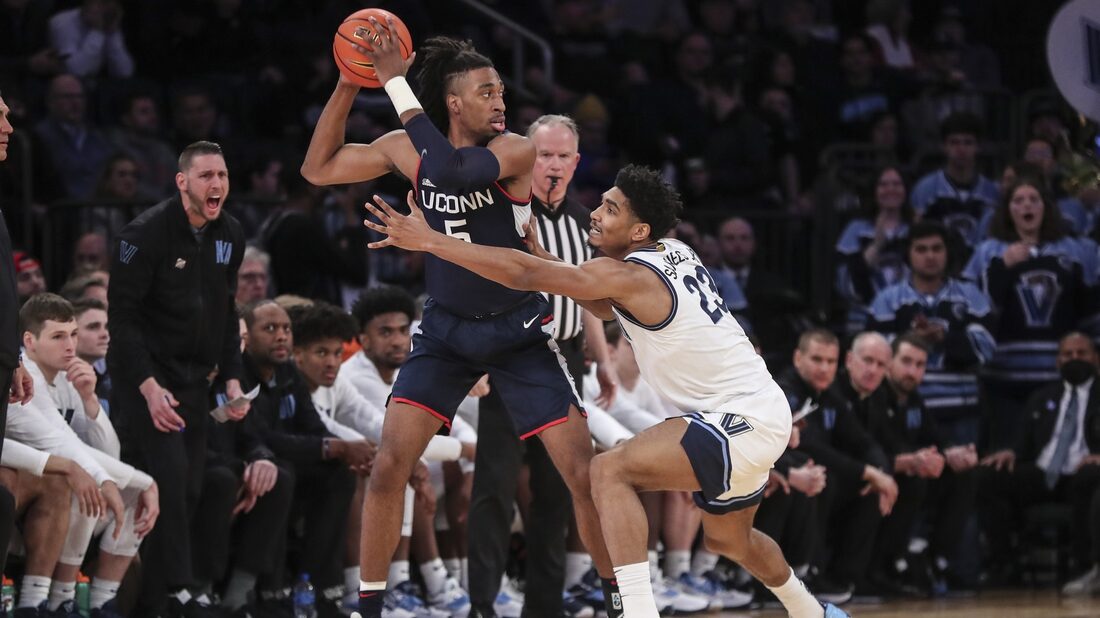 Jermaine Samuels had 21 points and 12 rebounds and Collin Gillespie recorded 10 assists as #8 Villanova grinded its way to a 63-60 victory over #20 UConn in a semifinal of the Big East tournament Friday in New York.

Brandon Slater added 15 points and put the Wildcats (25-7) ahead to stay early in the second half with a 3-pointer. Second-seeded Villanova will face fourth-seeded Creighton (22-10), an 85-58 winner over Providence, in the championship game Saturday.

Villanova is seeking its sixth tournament title and fourth in the last five completed tourneys.

The Huskies rallied from an eight-point second-half deficit and trimmed Villanova’s lead to 62-60 on Andre Jackson’s trey with eight seconds left. Jackson had 10 points.

Gillespie then made 1 of 2 foul shots with three seconds left, and UConn failed to get off a last-second heave until the buzzer had sounded.

Martin’s 3-pointer gave the Huskies a 38-37 lead 2:56 into the second half, but Villanova answered with a three by Slater to retake the lead for good, 40-38.

The first half was close throughout, with neither team leading by more than five points. That occurred when Gillespie hit a driving layup with 3:56 to go to cap a 13-4 run that erased UConn’s biggest advantage of the half, a 21-17 lead.

But the Huskies tied the score at 30 on two baskets by Martin — a putback followed by a three with 1:36 to go. Jackson’s turnaround jumper with 42 seconds left in the half gave the Huskies a 32-30 lead, but Villanova finished the scoring for the half on Samuels’ three-point play with nine seconds to go for a 33-32 lead.