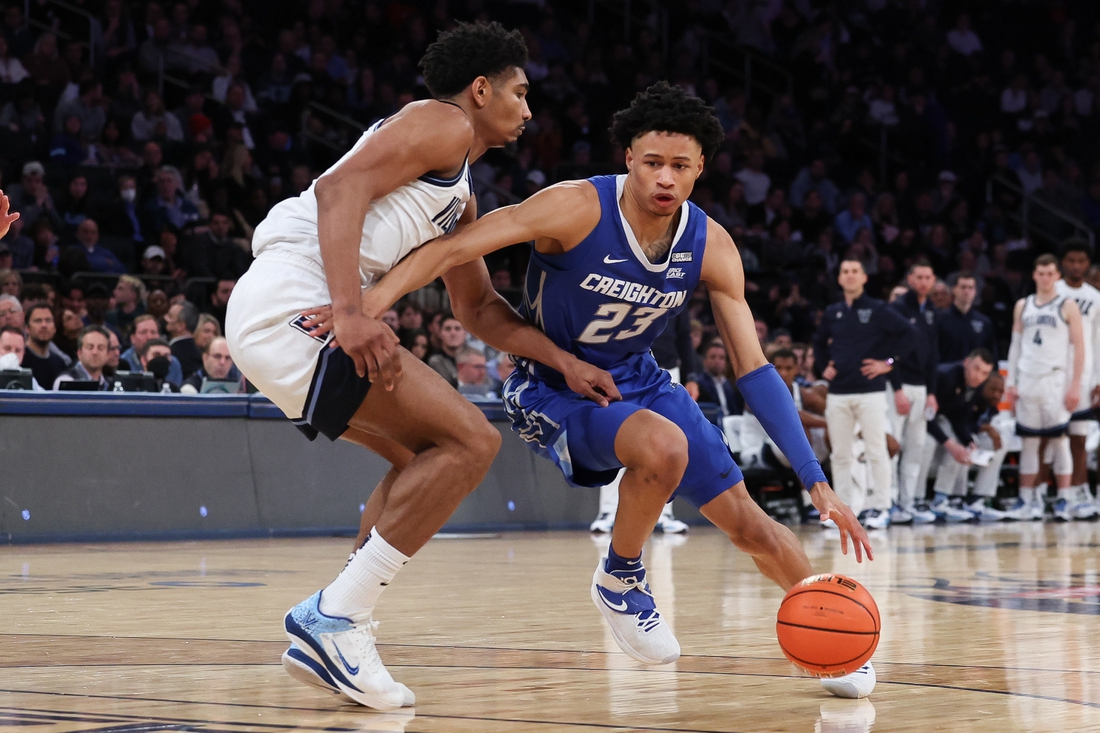 The second-seeded Wildcats (26-7) earned the conference’s automatic bid to the NCAA Tournament.

Gillespie added five assists and Justin Moore scored 16 points for Villanova, which won the tournament for the fifth time in the last seven events.

Gillespie’s pull-up three with 2:44 remaining put the Wildcats ahead, 47-45. After Kaluma’s 3-point attempt rimmed out for the Bluejays, Gillespie drained a 3-pointer to extend the lead to five.

Creighton cut the deficit to 50-48 on two foul shots by Trey Alexander with 37 seconds left, but Moore made a contested driving layup for Villanova with 15 seconds to go and Gillespie added two foul shots with six seconds left to ice it.

Villanova appeared to be in good shape with an eight-point lead with 12 minutes to go. But the Bluejays responded with a 20-6 run to grab a 43-39 lead.

Both teams made only eight field goals in the first half, which ended with the Wildcats ahead 19-18 at halftime.

But Creighton responded by scoring the next six points, the last two coming on a pump fake and bank shot by Kaluma, to cut the deficit to 19-18 with 1:37 to go in the half.

Creighton took the lead early in the second half when Kaluma fed Kalkbrenner for a layup and a 23-22 lead. But Villanova responded with an 11-2 run, capped by a 3-pointer by Moore with 12:19 left. That put the Wildcats ahead 33-25.