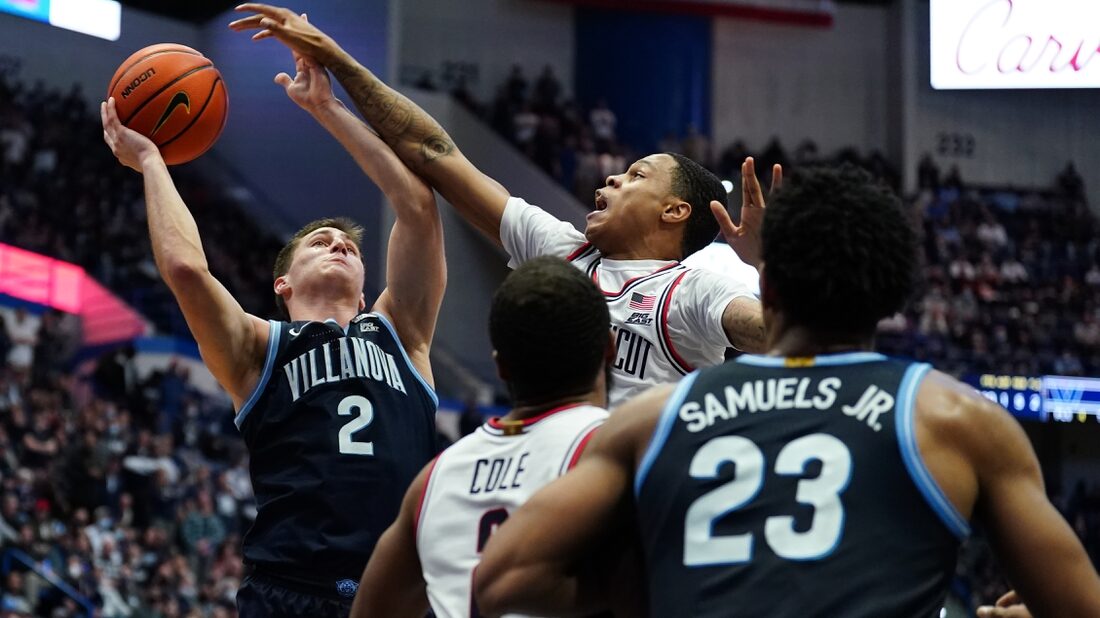 Eighth-ranked Villanova will look to advance to the semifinals of the Big East tournament when it battles St. John’s on Thursday night in New York City.

The second-seeded Wildcats (23-7) finished the regular season with 16 conference wins, including a resounding 78-59 road victory Saturday against Butler in Indianapolis.

Villanova has won at least 20 games for the 16th time since head coach Jay Wright arrived at the school in 2001.

Wright also is fully aware of how challenging the Big East tournament can be.

“I don’t think anything can prepare you for that,” he said. “That’s why when you have older guys you feel good going in there, and when you have younger guys, you worry a little.”

Collin Gillespie, a National Player of the Year candidate and an All-Big East first-team pick, will lead the Wildcats along with Justin Moore, a second-tea All-Big East selection. Gillespie (16.3 points per game) and Moore (15.3) lead four players who average in double figures along with Jermaine Samuels (10.3) and Caleb Daniels (10.1).

Beginning with this matchup, every game is up for grabs in this rugged conference tournament.

“I think the Big East tournament is going to be incredible,” Wright said. “As we know, anybody in this league can beat anybody. On a neutral court up there it’s going to be really good basketball.”

“The Big East is one of the best tournaments in the country,” Samuels added.

Gillespie and Moore struggled with tender ankles earlier this season and weren’t able to practice for long stretches. They’re now healthy heading into the conference tournament.

Seventh-seeded St. John’s (17-14) advanced to the quarterfinals against Villanova with a 92-73 win over 10th-seeded DePaul on Wednesday.

The Red Storm were efficient the entire game, with only two turnovers. Posh Alexander was stellar with eight points, seven assists and no turnovers in 28 minutes.

“They took care of the ball better than us. They executed better,” Champagnie said of Villanova on a postgame interview on FS1. “We’re looking to build momentum (Thursday), and we’ll see what happens.”

If Champagnie performs like he did against the Blue Demons, the Red Storm certainly will have a solid chance at posting an upset. Champagnie shot 10 of 20 from the field and was aggressive throughout.

“The coaches have the utmost confidence in me,” he said. “They told me, ‘Get to your spots and shoot the basketball.'”

St. John’s head coach Mike Anderson always implores his team to play a suffocating style, especially on defense. The task will be much more daunting against the Wildcats.

“Our team is built for this type of setting,” Anderson said postgame on FS1. “We’re gonna get off our feet and get ready.”