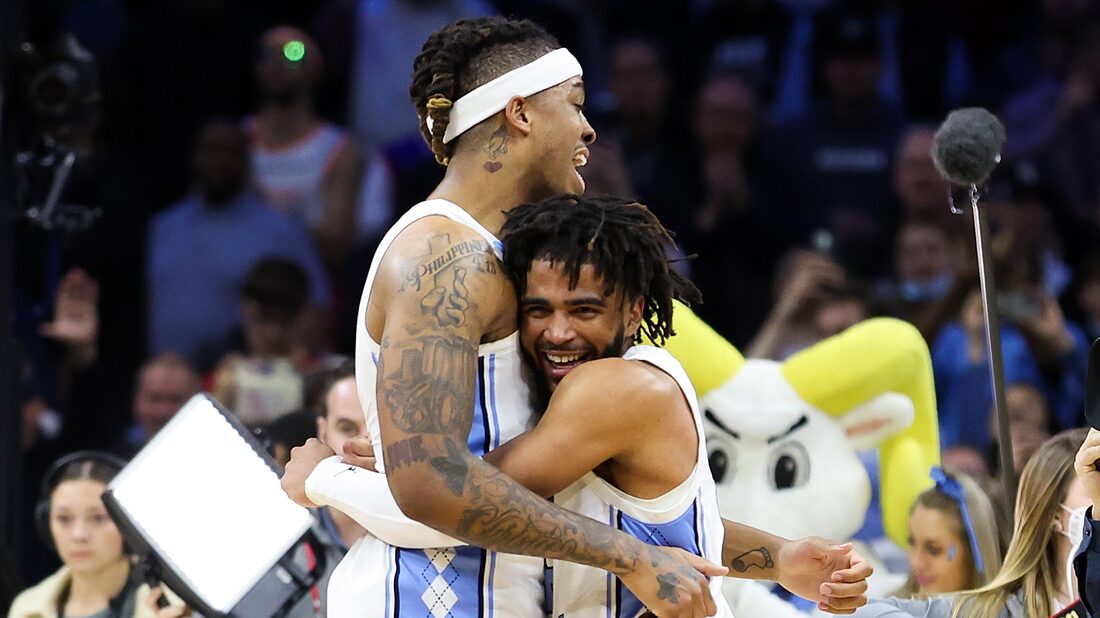 PHILADELPHIA — After stopping Saint Peter’s storybook run, North Carolina will aim to make its next chapter an unforgettable one.

Manek, Bacot and Caleb Love (14 points) helped North Carolina find ways around a Saint Peter’s defense that stymied the likes of Kentucky and Purdue in prior rounds. The Tar Heels shot 41 percent from the field Sunday and had only eight turnovers.

The Tar Heels took down Marquette, defending champion Baylor and UCLA to make it to Sunday’s game. Now they have ended the improbable run of Saint Peter’s (22-12), the small New Jersey commuter school that became the first #15 seed in tournament history to reach the Elite Eight.

The Peacocks missed their first six shots and fell behind 9-0 before getting on the board. Bacot grabbed 10 rebounds in the opening 10 minutes, denying Saint Peter’s second looks.

Manek gave the Tar Heels a double-digit lead with five quick points. His catch-and-shoot 3-pointer out of a timeout rolled around the rim and in, and on their next possession he scored with a baseline cut to go up 17-7.

Love hit consecutive 3-pointers to make it 27-9, and the Tar Heels led by as many as 21 on their way to doubling up the Peacocks 38-19 at intermission. Saint Peter’s made just 7 of 31 field goals in the half, including 1-of-11 from 3-point range.

Drame powered an 11-4 run early in the second half, knocking down a 3-pointer to cut the deficit to 51-31. But the Peacocks could not draw any closer, making only six shots in the final 12 minutes.

Love’s breakaway dunk with 5:24 to play made it 61-38 and sealed the deal with a flourish.