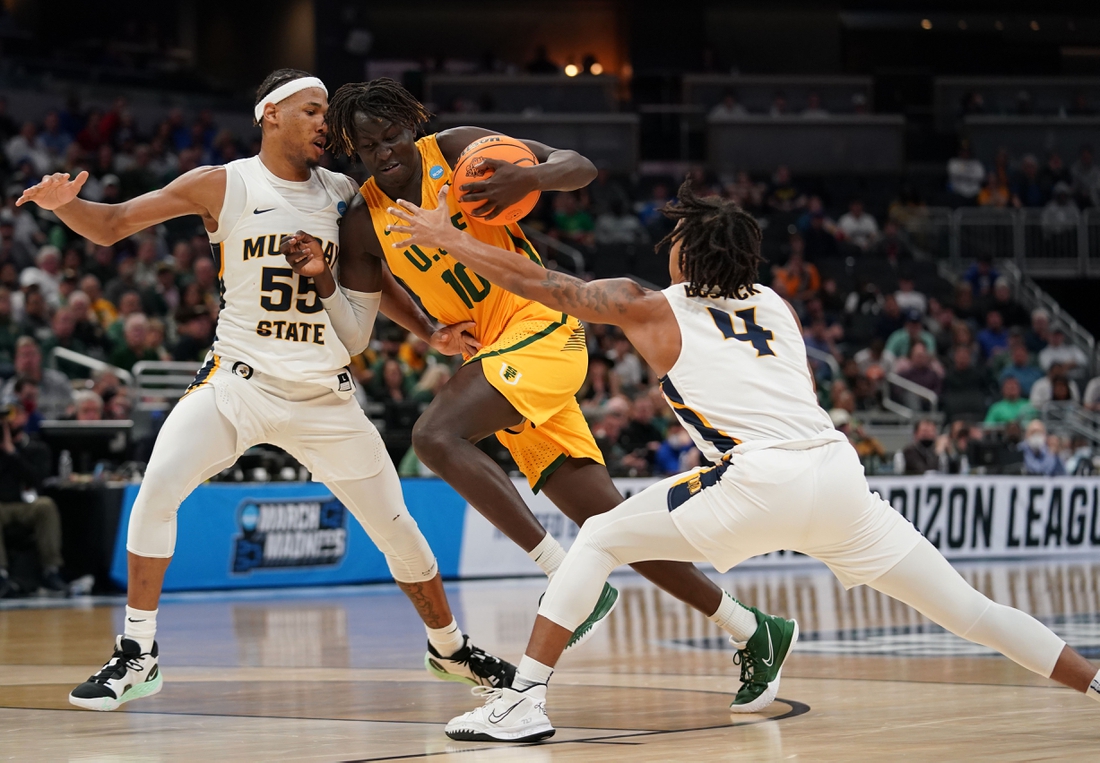 KJ Williams scored six of his 18 points in overtime as seventh-seeded Murray State held off 10th-seeded San Francisco 92-87 in a first-round East Region game of the NCAA Tournament in Indianapolis — a contest that lasted into early Friday morning.

With their 21st straight win, the Racers (31-2) advance to a second-round matchup Saturday against 15th-seeded Saint Peter’s, which stunned Kentucky 85-79 in overtime earlier Thursday. Meanwhile, the Dons finished their season at 24-10.

Trae Hannibal came off the bench to add 18 points for Murray State before fouling out in overtime. Tevin Brown contributed 17, while Justice Hill kicked in 15 points and nine assists despite battling leg cramps throughout overtime. Reserve Jordan Skipper-Brown chipped in 12 points and 10 rebounds.

“That’s my team right there,” Murray State coach Matt McMahon said after the game. “It’s my fault — I didn’t do them justice the last couple of minutes of regulation. But they just found a different way to win. We have some dudes. These guys could play for anybody in America.”

Jamaree Bouyea was magnificent in defeat for San Francisco, scoring 27 of his game-high 36 points after halftime. Zane Meeks came off the bench to add 13 and Patrick Tape contributed 10 points, but second-leading scorer Khalil Shabazz made only 1 of 10 shots and scored just three points.

Bouyea forced overtime by draining a step-back 3-pointer with 17.4 seconds left in regulation to tie the score at 73. Murray State had the final possession but turned the ball over just before the horn sounded.

The early storyline consisted of injuries cutting into each team’s playing rotation. San Francisco didn’t have center Yauhen Massalski and his 13.5 points per game because of a knee injury, while Murray State lost starting guard Carter Collins after just two minutes with an apparent knee injury.

Nevertheless, the teams traded blows in an entertaining first half that saw them swap the lead on nine occasions. Williams drilled a 3-pointer from the left wing at the 8:58 mark to give the Racers a 21-19 edge.

The Dons got a lift from Meeks, who came off the bench to give them 10 first-half points. And they also held the lead at halftime as Bouyea made his way into the lane and made a floater as time expired, making it 37-36.