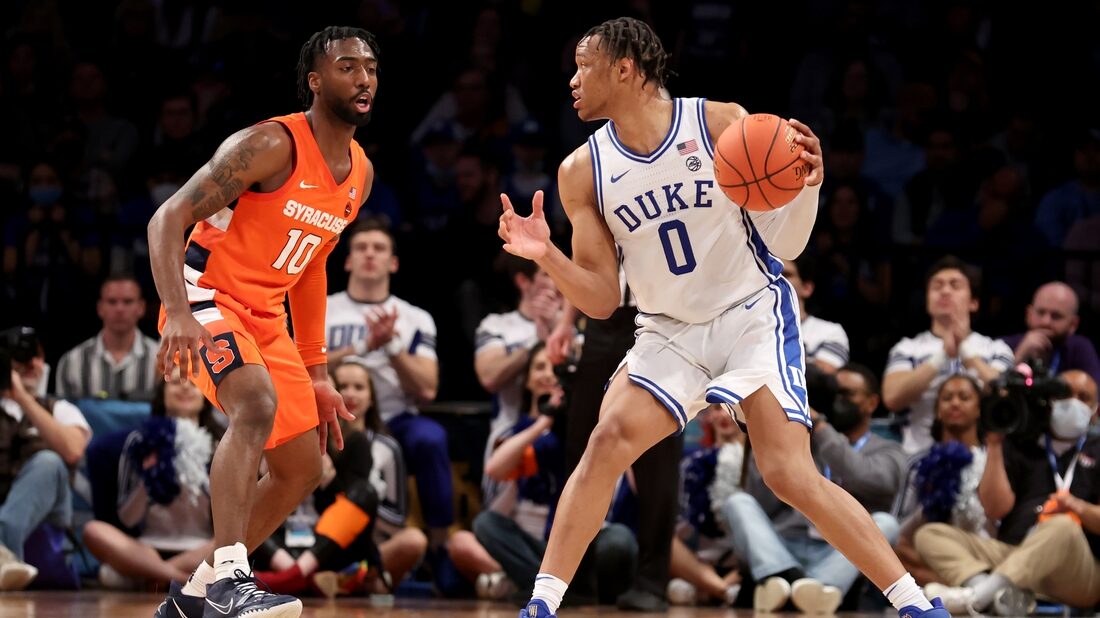 #7 Duke doesn&rsquor;t want any sort of poison to seep into its postseason.

The Blue Devils weathered the impact of the potential for that in their first game of the Atlantic Coast Conference tournament, so now they move on to the next task.

Duke, the top seed in the tournament, takes on Miami in Friday night&rsquor;s semifinals in New York.

Duke (27-5) survived a scare from undermanned Syracuse, scoring the final 10 points for an 88-79 victory in Thursday&rsquor;s quarterfinal game. Fourth-seeded Miami edged Boston College 71-69 in overtime on Jordan Miller&rsquor;s basket in the second quarterfinal.

Duke coach Mike Krzyzewski said some members of the Blue Devils have been dealing with food poisoning in New York. That included guard A.J. Griffin, who was limited to four points and took just three shots Thursday, said Krzyzewski.

“I&rsquor;m hoping it&rsquor;s not a bug that goes through the team,” Krzyzewski said. “A few of the kids are not up to par. Hopefully, by (Friday), we&rsquor;re in much better shape.”

The Blue Devils have won 61 of their last 71 games in ACC tournament play.

Duke can&rsquor;t afford to be off stride following the emotional loss to North Carolina in Saturday&rsquor;s regular-season finale. That would be another poison they don&rsquor;t want to deal with.

“We had to learn from that game, but at the same time, we had to move on,” Duke center Mark Williams said. “We can&rsquor;t really harp on that game too much because then you&rsquor;re playing mind games with yourself or thinking, ‘What if this happens? What if that happens?'”

“It&rsquor;s up and down and it&rsquor;s March,” Miller said. “We&rsquor;re not done yet. As huge as this win is, we&rsquor;re still locked in for upcoming games.”

The Hurricanes already have one upset of Duke this season, winning a 76-74 road decision Jan. 8.

“Our guys are going to be very, very excited about playing them again,” Miami coach Jim Larranaga said. “We played them early in the year. A lot has transpired since then.”

Duke is 68-27 in ACC tournament play under Krzyzewski, whose 15 titles in the event is the most for any coach. The Blue Devils are aiming to move into position for another title, something they&rsquor;ve won eight times as a #1 seed.

To do so, the Blue Devils might need to get a certain look that seemed to carry them in the final minutes Thursday.

“That look I saw in everybody&rsquor;s eyes — we&rsquor;re not losing this game,” said forward Wendell Moore Jr., a junior who scored a career-high 26 points.

Coupled with the loss to North Carolina and then the outing against Syracuse, it&rsquor;s clear the Blue Devils have some holes.

“We&rsquor;re not playing very good defense right now,” Krzyzewski said. “We did not against North Carolina, and we did not in this game. We&rsquor;re missing a lot of assignments.”

It has come full circle for the Blue Devils since they last experienced defeat in the ACC tournament.

Duke hasn&rsquor;t lost an ACC tournament game since the 2018 semifinals, when the tournament was also contested at Barclays Center. The Blue Devils won the 2019 tournament, never played in the 2020 version before it was cancelled prior to the quarterfinals, and then won two games last year before withdrawing because of COVID-19 health and safety protocols.