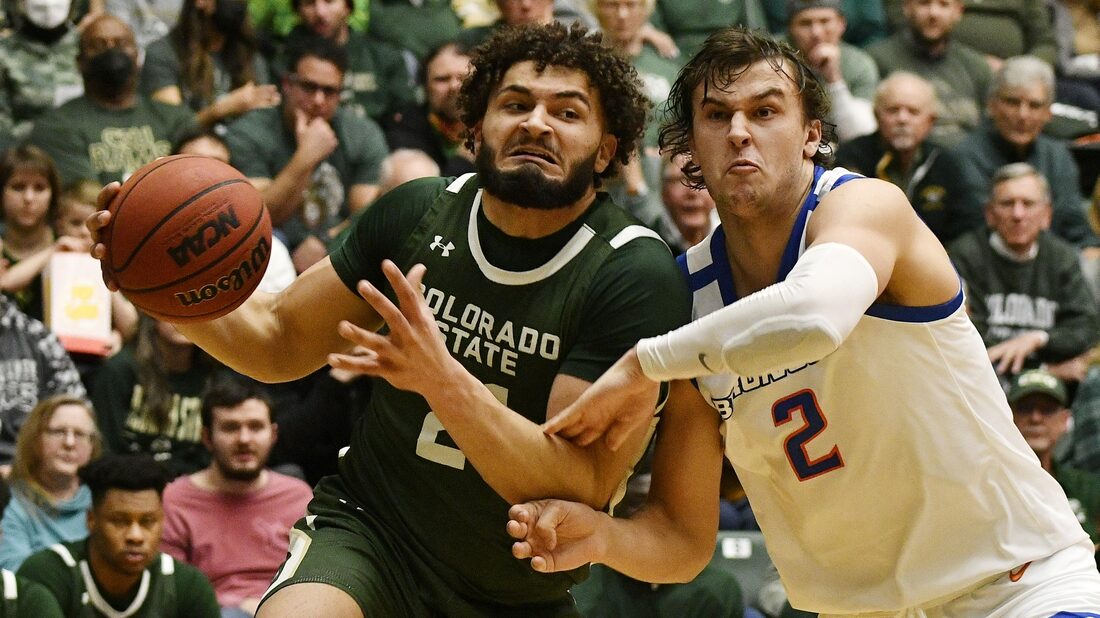 When it comes to the first round of the 2022 NCAA Tournament, getting there is proving to be the hard part for Colorado State.

The Rams were in limbo as of late Monday night awaiting travel instructions from the NCAA on the specifics of the team’s trip to Indianapolis, where the South Region’s sixth-seeded Rams and #11 Michigan are scheduled to play the opening game of the tournament.

While the debate around whether Michigan deserved to be in the field at 17-14 swirled, the Wolverines made the trek back to Indianapolis, where the Big Ten tournament was held, to begin prepping for Colorado State (25-5) on Tuesday.

“Our team is prepared for this moment,” Michigan coach Juwan Howard said. “We’re looking forward to this moment. This is what we’ve worked extremely hard for … it’s nice to get a chance to play in the NCAA Tournament.”

Memorable moments haven’t all been positive for the Wolverines this season. They blew a 17-point lead to lose in the first round of the Big Ten tourney to Indiana, Howard’s first game back from a five-game suspension for throwing a punch — as the losing coach in a postgame handshake line at Wisconsin.

As an 11 seed, Michigan is not concerned about being labeled an unwelcome tournament team.

“Thought it was well-deserving,” Howard said.

Michigan reached the Elite Eight last season, beating Florida State in the regional semifinal before a loss to UCLA — an 11 seed labeled as undeserving of a tournament bid that went First Four to Final Four.

Colorado State was one of the teams that felt it deserved a First Four bid in 2021. The Rams didn’t stick the landing.

Eventually, the NCAA arranged for the Rams to be on a charter that gets the team to Indianapolis on Tuesday afternoon.

That’s more time for the Rams to zero in on Michigan and All-American Hunter Dickinson. Mountain West Player of the Year David Roddy leads Colorado State, which is 4-11 in its NCAA Tournament history.

The stat lines are only the start of the similarities between the big men. Dickinson leads the Wolverines in scoring (18.3 points per game) and rebounding (8.3), and Moody is tops in the same categories for the Rams at 19.4 and 7.6.

“I just should have done a better job of, I guess, getting low and really establishing position down there,” he said.

Colorado State coach Niko Medved, who signed a contract extension through 2029 on Selection Sunday, could also have another year with Roddy and point guard Isaiah Stevens, both juniors. But the focus Thursday is to make the most of this chance.

“I think this is definitely just the beginning,” Roddy said this week. “The sky’s the limit for this team and this program.”

The Over/Under has also seen lopsided action. The market opened at 140 points but has moved to 136.5 with 52 percent of the bets and 71 percent of the handle backing the Under.