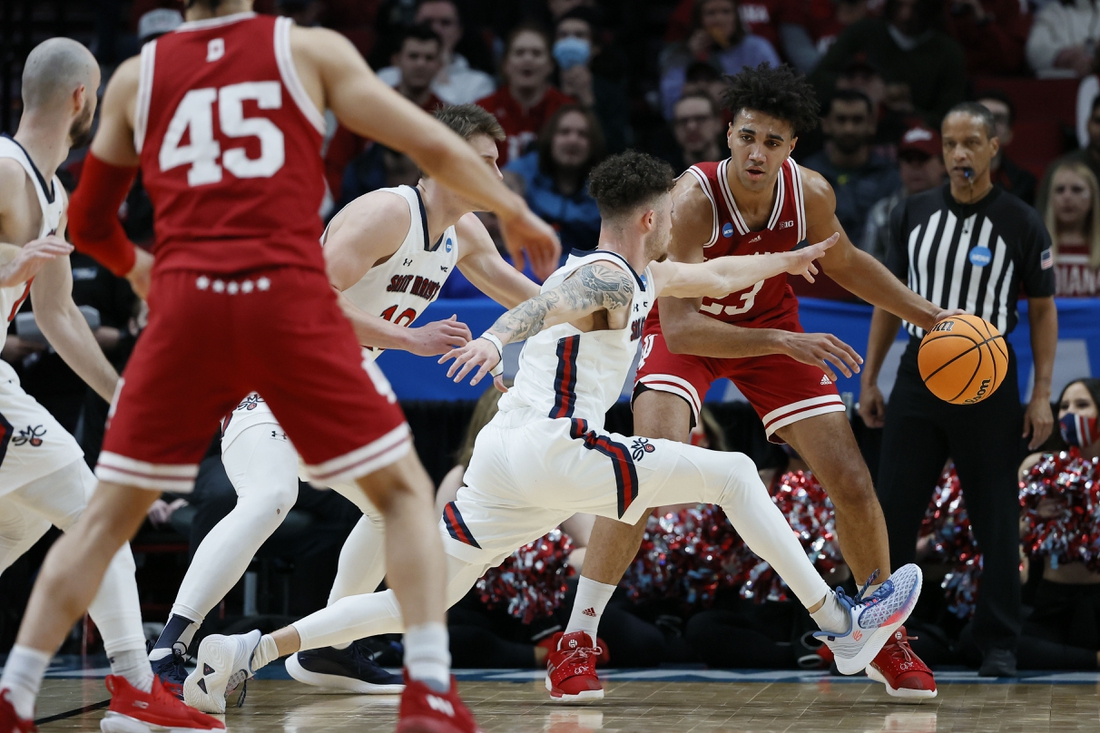 Tommy Kuhse added 19 points and six assists as the fifth-seeded Gaels (26-7) led by as many as 34 in the easy victory. Alex Ducas tallied 13 points and Matthias Tass had 12 points and seven rebounds.

The Gaels will meet either fourth-seeded UCLA or 13th-seeded Akron in Saturday’s second round.

“We picked a good time to have one of our best games. Things were clicking on both ends,” Kuhse told TNT. “We said we were coming to Portland for two wins. We got the first one; now we’ll see if we can get one more.”

Trayce Jackson-Davis scored 12 points and Xavier Johnson added 11 for the 12th-seeded Hoosiers (21-14), who couldn’t keep up with the Gaels after beating Wyoming in the First Four on Tuesday night.

The 29-point margin of the defeat is the worst in Indiana’s NCAA Tournament history. The previous worst was 25 — an 86-61 loss to St. John’s in the second round of the 1999 tourney.

Saint Mary’s shot 51.7 percent from the field and was 10 of 21 from 3-point range. Ducas and Kuhse each made three treys and the Gaels owned a 39-28 rebounding advantage.

The Hoosiers made just 34 percent of their shots and were 2 of 10 from behind the arc.

Indiana led 21-17 after a putback by Trey Galloway with 8:35 left in the first half before the Gaels began their charge.

The Gaels pushed the lead to 30 when Dan Fotu scored on a layup to make it 63-33 with 10:50 remaining. Kuhse later hit two free throws with 9:41 remaining to cap the long burst and make it a 34-point lead, and Saint Mary’s cruised to the finish.