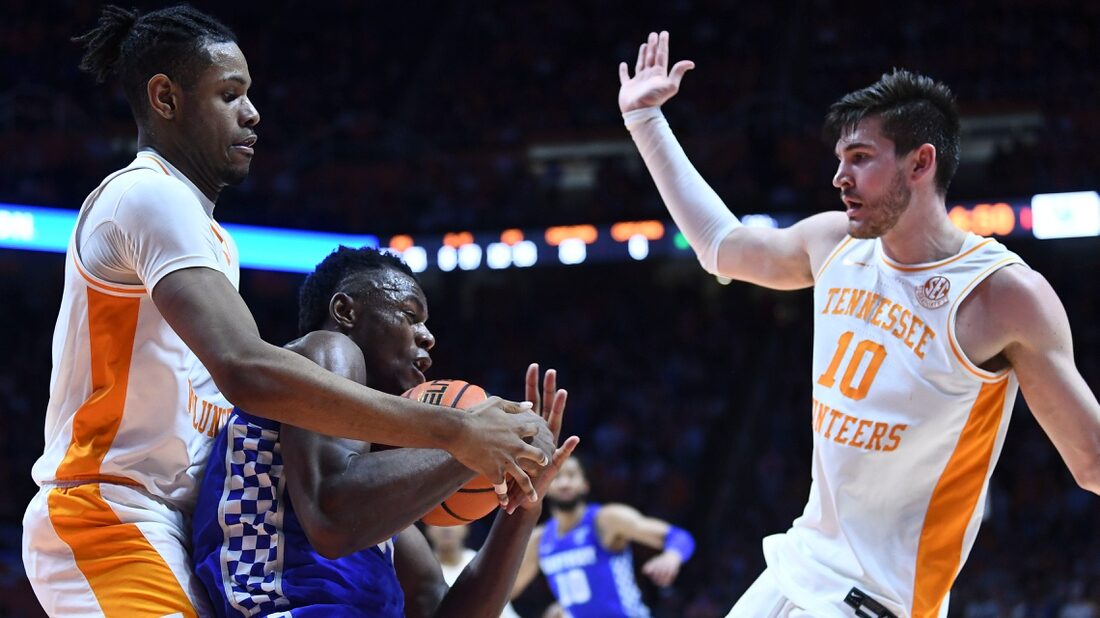 Kentucky and Tennessee already have played twice this season.

Now #5 Kentucky (26-6) and #9 Tennessee (24-7) will meet in the semifinals of the SEC tournament on Saturday afternoon in Tampa.

Kentucky guards Sahvir Wheeler and TyTy Washington, who have been slowed by injuries late in the season, played significant roles, especially in the second half.

Vanderbilt closed within 59-58 with 7:12 left, but Wheeler made a jumper, Washington scored eight straight Wildcats points and Wheeler added another basket to give Kentucky a 71-63 lead with 2:45 left.

“His ability to make shots and make free throws and make floaters, he is skilled,” Kentucky coach John Calipari said of Washington, who scored 25 points in his first 20-point scoring game since he had 28 in the earlier victory against Tennessee.

“Everybody on the team knows what I can do and what I can bring for this team,” Washington said. “When I have my teammates pushing me, giving me confidence, then that’s going to be the result.”

Tennessee had a tough time of its own with Mississippi State before Josiah-Jordan James led an offensive surge at the start of the second half that gave the Volunteers some breathing room.

“(It was) just trusting my work, and my teammates having faith in me, my coaches having faith in me,” James said. “They give me the utmost confidence. Those guys and everybody in the locker room are always telling me to shoot. The next one is going in, and I truly believe that. I just say trusting in my teammates and trusting in my work because I put the time in, so I think it’s going to pay off.”

“I think our guys have learned tonight when a guy has it going, to get to him,” Volunteers coach Rick Barnes said. “And I thought they did a really good job of that with Joe.”

James led the key surge, but the Volunteers’ offense was a team effort. Zakai Zeigler and Kennedy Chandler, who twice returned after leaving the game with a right ankle injury, added 11 points each. Brandon Huntley-Hatfield and Santiago Vescovi scored 10 each for the Volunteers, who had 21 assists on 29 field goals.

“When we’re moving the ball and we have player movement, ball movement, that’s when we play our best basketball,” Barnes said. “We don’t have one guy on the team that’s selfish, and so that’s how we normally like to play. When we’re playing our best, we’re playing with great balance.”