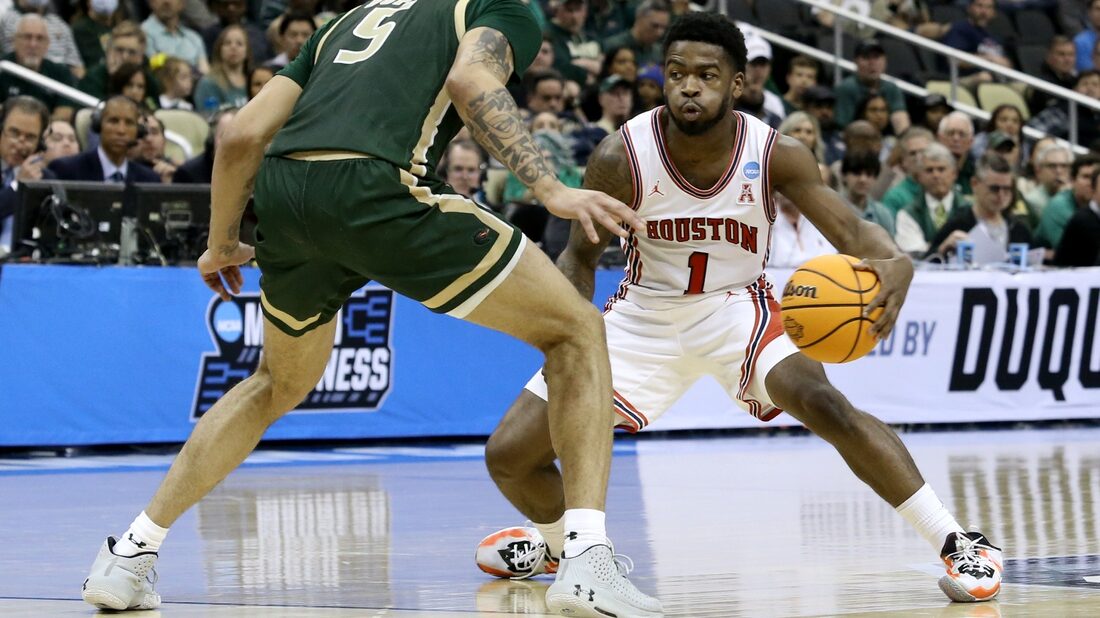 Kyler Edwards scored 25 points and grabbed seven rebounds to lead Houston to an 82-68 victory over UAB on Friday night in a South Region first-round game of the NCAA Tournament in Pittsburgh.

Edwards led a balanced and efficient shooting effort by the #5 seed Cougars (30-5), who advanced to the second round for the fourth consecutive season and will take on #4 Illinois on Sunday.

“I know they’ve got an outstanding coach in Brad Underwood, and I’ve known him for a long time,” Houston coach Kelvin Sampson said in a postgame TV interview when asked about the Cougars’ next opponent. “We have a lot of respect for their program, and we just have to get back to the hotel and start figuring out what we’re going to do.”

Houston is looking for back-to-back trips to the Final Four since it went three consecutive seasons from 1982 to 1984. The teams had the most combined wins of any first-round matchup in this year’s tournament.

Edwards was one of four Houston players who scored in double figures and sparked a stellar first-half shooting effort that enabled the Cougars to lead the game wire-to-wire.

Fabian White Jr. had 14 points and six rebounds for Houston, which shot 53.3 percent overall. Josh Carlton and Jamal Shead each had 12 points. Shead led the Cougars with seven assists.

#12 seed UAB (27-8), which was making its first NCAA Tournament appearance since 2015, also had four players score in double figures. Jordan Walker led the way with 17 points.

Edwards hit 6 of 8 3-pointers as Houston drained 10 triples overall, including 9 of 15 in the first half.

Houston was torrid from the field early, shooting 65 percent over the first 10 minutes and making seven of their first nine 3-pointers.

“We haven’t been a good 3-point shooting team all year, but we are capable,” Sampson said.

Walker, who also had five assists, couldn’t replicate Houston’s efficiency from long range as he shot 1 of 10.