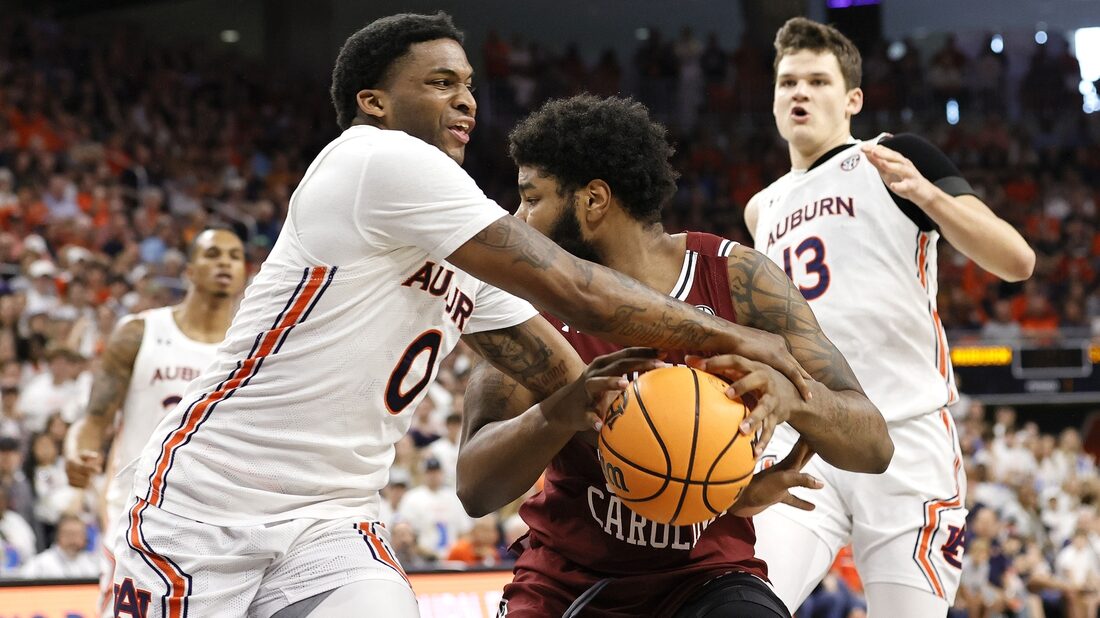 Jabari Smith scored 21 points Saturday as #5 Auburn clinched the outright Southeastern Conference title with an 82-71 win over visiting South Carolina in Auburn, Ala.

Wendell Green Jr. chipped in 10 points and seven assists as Auburn connected on 10 of 23 shots from 3-point range and converted 16 Gamecocks turnovers into 20 points while sinking 20 of 26 free throws.

The Gamecocks trailed 73-54 with 8:36 remaining after Johnson converted a 3-pointer off a turnover before starting a rally. Couisnard’s fast-break layup sliced the deficit to 78-71 with 1:17 remaining, but South Carolina got no closer.

The result allowed the Tigers to seal the #1 seed for next week’s SEC Tournament at Tampa and kept them on track for a potential top seed for the NCAA Tournament that starts in less than two weeks.

Auburn wasted no time taking charge on its Senior Day. Kessler’s 3-pointer just 2:16 into the game opened an 8-0 lead and it became 14-4 just over six minutes into the game on a 3-pointer by Jaylin Williams.

South Carolina made a run that sliced the margin to 24-22 at the 7:28 mark when Stevenson sank a 3-pointer in transition, but the rest of the half was all Tigers. They scored nine straight points to up the margin to 11 on a Dylan Caldwell layup with 4:18 remaining.

A pair of foul shots by Smith with 51 seconds on the clock increased the lead to 47-29 and Auburn settled for a 48-31 cushion at halftime.

The Tigers hit 47.2 percent of their first half shots and scored 13 points off nine Gamecocks turnovers. They drew 11 assists off 17 field goals.