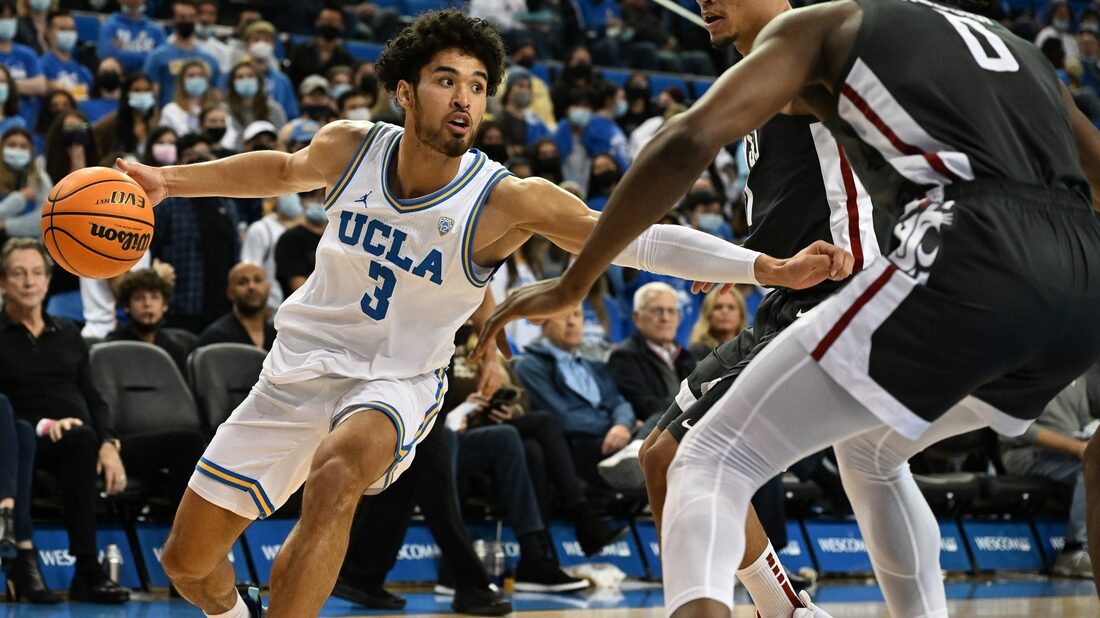 Johnny Juzang rested most of the week in hopes of re-energizing before UCLA opens the NCAA Tournament with a first-round matchup against Akron on Thursday.

UCLA’s All-Pac-12 guard is fighting through an ankle injury that emerged in February and forced Juzang to sit 2½ games. He’s averaging 16 points per game but is 23 of 64 from the field in his past six games and noticeably less springy.

“It’s like somebody’s got a voodoo doll poking holes in my team,” Cronin deadpanned before the Pac-12 tournament.

A First Four to Final Four story last March, the Bruins are the #4 seed and face Mid-American Conference champion Akron on Thursday in Portland.

UCLA’s path to New Orleans and a repeat Final Four trip could look something like this: #5 Saint Mary’s, #1 Baylor and #2 Kentucky if the East falls according to seed.

“We taught everybody last year that our seed doesn’t matter; it just doesn’t,” Cronin said.

Cronin and UCLA (25-7) lost in the Pac-12 tournament title game to Arizona, one of the favorites to win the national championship, with Juzang at less than full strength. Junior guard Jaime Jaquez Jr. is picking up the slack, averaging 23.4 points and 8.2 rebounds in his last five games.

Jaquez has emphasized to younger teammates the focus it takes to win this time of year – one victory at a time.

“If you lose, you’re looking ahead, you’re done,” Jaquez Jr. said. “Your season is over. It’s really just as simple as that.”

He’s one of four Bruins averaging at least 10 points per game.

Akron (24-9) won the MAC title and fifth NCAA Tournament berth, the first since 2013 for the Zips.

Coached by John Groce, who took Ohio to the Sweet 16 before coaching at Illinois (2013-17), Akron also relies on defense.

Conference defensive player of the year Enrique Freeman was the MVP of the MAC tournament with 23 points in the championship game. He’s the kind of Cinderella story the Zips are looking to carry forward.

“I can coach another 50 years and never see something like what we have with Enrique,” said Groce in a Cleveland.com interview. “From a walk-on no one knew about to the MAC Defensive Player of the Year and the conference tournament MVP? There is no way anyone would believe that.”

The Zips can also score. Their version of Jaquez Jr. is 6-foot-8 wing Ali Ali, the team’s leading scorer at 14.2 points per game. Point guard Xavier Castaneda averages 13.5 points and just one turnover per game.

Akron played only one major conference opponent and lost 67-66 to Ohio State. The Zips have no players with NCAA Tournament experience.

“We’re relatively young and it’s a great experience for our guys,” Groce said.