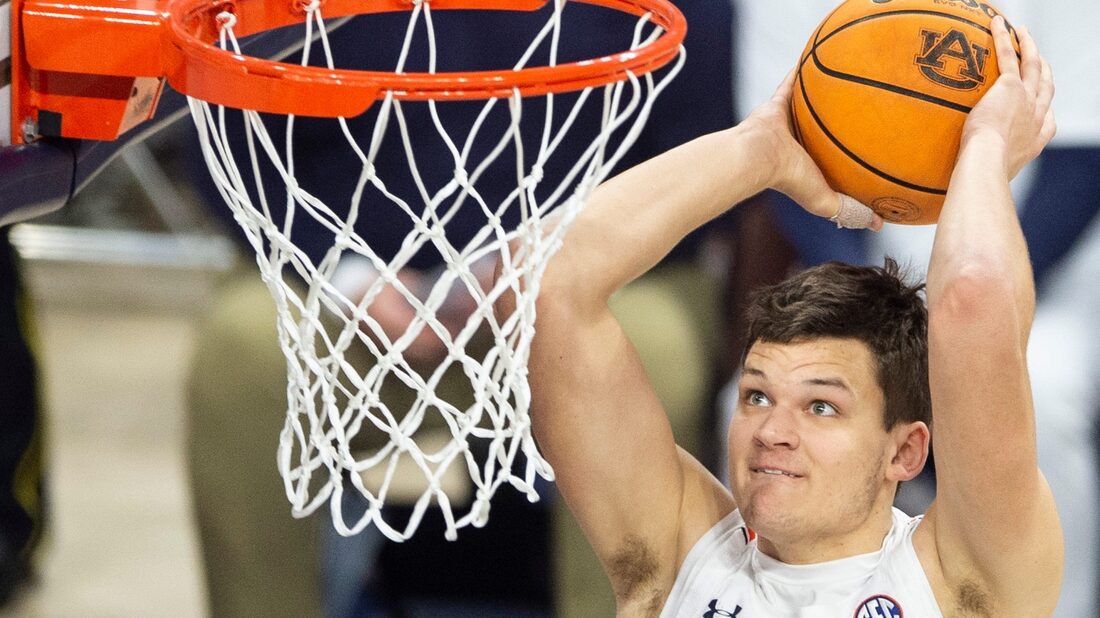 Having captured their first prize, the #4 Auburn Tigers are focused on earning their second — which would potentially put them in position for a national championship run.

Auburn, rested with two days of byes, slots in as the top seed when it meets Texas A&M (21-11) in the tournament’s quarterfinal round Friday in Tampa, Fla.

Pearl won SEC Coach of the Year, Smith took home Freshman of the Year and Kessler collected Defensive Player of the Year during a historic season on the plains of eastern Alabama.

The Tigers authored a school-record 15 conference wins, an outright SEC regular-season title for the first time since 1999 and a 19-game winning streak.

They also got their third-ever SEC tournament top seed, a spotless 16-0 mark at home and a fourth 25-plus-win season in the last five years.

A victory in the home finale Saturday against South Carolina left the program kings of the SEC.

In the title-clinching win over the Gamecocks, Smith led with 21 points. The likely NBA lottery selection said the Tigers are locked in on titles.

“That’s why I came here, was to win,” said the 6-foot-10 swingman. “I felt like this school was going to put me in the best position to win a national championship, win the SEC, win all these accolades that we’re trying to get.”

But Pearl’s bunch will square off with a different Aggies club than that one that had dropped eight straight games after losing in Auburn.

In Thursday’s frantic 83-80 overtime victory over Florida, the Aggies had led for all but 31 seconds of regulation — by as many as 16 at one point — before the Gators forced overtime with a 32-16 run over the final 10:44.

With top scorer Quenton Jackson fouling out with 1:29 to play and the Aggies eventually headed to overtime, Henry Coleman III said it was time for someone else to step up.

“(Quenton) is a huge part of our team,” said Coleman, who tallied 22 points and eight rebounds. “But our theory all year has been ‘next man up.’ We knew whoever came in would be ready to go.”

That player was Hassan Diarra, who canned a tiebreaking, game-winning trey from the top of the key in the final second.

“Hassan’s done that a couple of times for us this year,” said Aggies coach Buzz Williams. “We responded the right way (in overtime).”

Added Diarra: “That shows our fight. We never gave up through the ups and downs.”

Texas A&M, which has won five straight and six of its past seven games, kept its NCAA Tournament at-large hopes alive by making 9 of 17 (52.9 percent) from long range and rallying while down three in overtime.