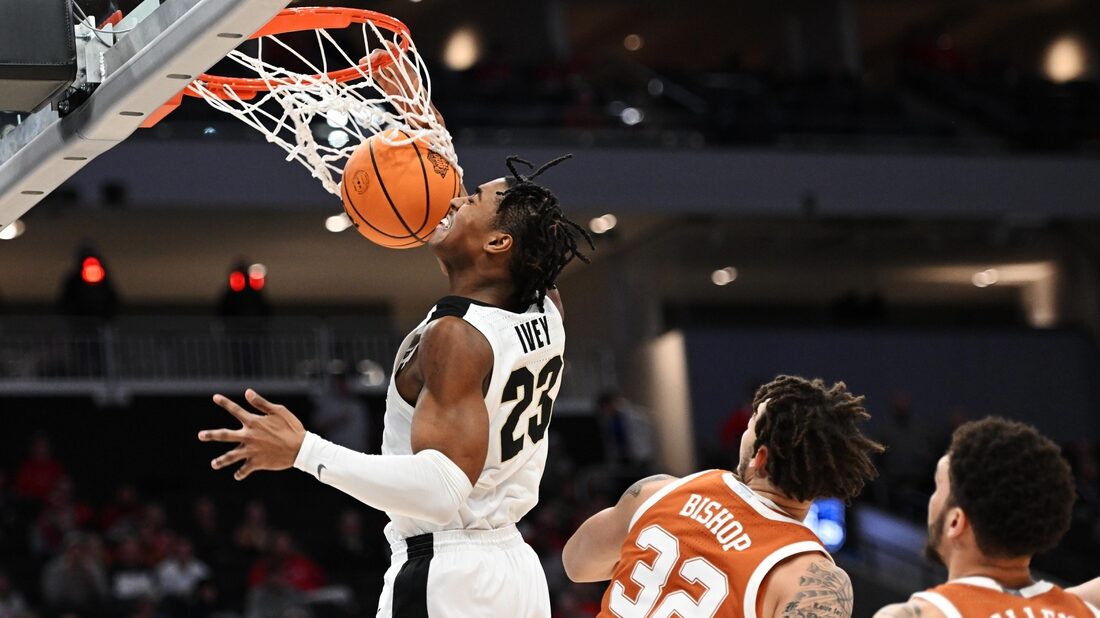 Trevion Williams scored 22 points and Jaden Ivey had 18 to lead third-seeded Purdue to an 81-71 victory over No 6 seed Texas in the second round of the NCAA Tournament’s East Region on Sunday at Milwaukee.

Purdue (29-7) will face 15th-seeded tournament Cinderella Saint Peter’s in the Sweet 16 at Philadelphia on Friday. The Peacocks stunned second-seeded Kentucky in the first round and then topped #7 seed Murray State.

Williams scored back-to-back baskets underneath to cap a 7-0 run and put Purdue in front 59-52 with just under eight minutes left. Ethan Morton’s wide-open 3-pointer from the right corner pushed the lead to 65-56.

Marcus Carr’s 3-pointer pulled Texas within 74-71, but Ivey countered with a deep 3 from the top of the key with 1:01 left. The Boilermakers closed it out with four free throws.

The Boilermakers had an overwhelming advantage at the free-throw line. Purdue hit 33 of 46 free throws, while Texas was 7 of 12. The Longhorns had 27 field goals, including 10 3-pointers, while Purdue had 21 field goals and six beyond the arc.

Zach Edey had 11 points and 10 rebounds in 15 minutes, and Eric Hunter Jr. added 11 points for Purdue. The Boilermakers held a 41-28 rebounding edge.

“We felt like we had an advantage on the interior and we wanted to go inside, but we also wanted to open some things up and try to get Jaden (Ivey) in the open court, try to get him ball-screen action and just make the right reads,” Purdue coach Matt Painter said. “I thought our guys were quick to the ball today. Obviously, we out-rebounded them by 13. We lived at the free-throw line and you can’t ask for more.”

The Longhorns withstood an early 20-point run by the Boilermakers to get within 36-30 at the break. Dylan Disu scored underneath to put Texas up 41-40 with 15:52 remaining, its first lead since 14-13 with just under 12 minutes left in the first half.

Each team had 11 first-half field goals, but Texas had 12 more attempts. However, the Longhorns were 6 of 14 from beyond the arc, while Purdue was 1 of 7 in the opening session. The Boilermakers countered by making 13 of 19 first-half free throws, to just 2 of 6 for Texas.